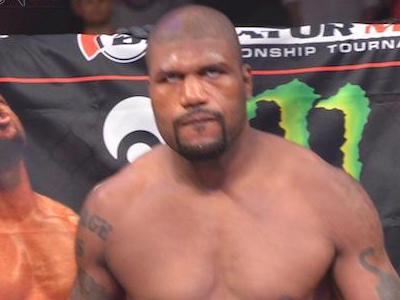 Rampage Jackson Unsure about His Future

There are two things that Quinton Jackson, aka Rampage, can tell you:

After that, however, things start getting murky.

The expert Light Heavyweight, whom punters who make use of online betting NZ sites will recognise as a Heavyweight from his last two fights, appeared on the 400th episode of the MMA Hour, doing his level best to shed light on his unusual contractual situation.

Squeezed into the middle of his most recent run with Bellator is a single UFC fight against Fabio Maldonado, which took place in April of 2015, which was understood to be part of a new deal which would allow Rampage to return to the Octagon.

Rampage declared himself to be a free agent in light of Bellator failing to honour certain contractual clauses, but he finally settled that dispute and returned to compete in the Bellator cage twice more. Now it seems like his UFC contract is picking up again, although the fighter is unsure what that means for his immediate fighting future.

Rampage is Confused about What’s Happening

Rampage has stated that the situation is a confusing one, and reminded everyone that he was actually in the process of commencing a lawsuit with Bellator after he returned to the UFC to fight Maldonado. He added that he returned to Bellator and fulfilled his side of the contract, and then he also had an existing contract with the UFC, although he acknowledged that things do change. The UFC has since then sold the company, which has led to his confusing position.

Rampage said that he had not spoken to Dana White, the current president of the UFC, about the situation personally, but that his manager, Tiki Ghosn had, but that he was of the opinion that the UFC was doing good things for the company, adding that the company was in a good place.

Rampage May Not Return to the Ring at All

If it were up to Jackson alone, his next bout may not take place in a cage at all! Thanks to White’s allowing Conor McGregor to enter the boxing ring, Rampage has stated that he is hopeful that he might be able to convince the president to let him do the same.

The other prospect that has been on Rampage’s mind is a rematch with Mauricio Rua, or Shogun.

Way back in April of 2005, Shogun managed to defeat Rampage by first-round TKO in an unforgettable fight for Japan’s PRIDE promotion. According to Rampage he was suffering lingering injury woes as he headed into o the fight, and he is filled with regret that he didn’t plan things more carefully going in.

Rampage stated that he would love to revenge that loss because it is the one that does not sit well with him, albeit for personal reasons. Rampage stated that he liked Shogun personally, adding that they got along very well, but he is of the opinion that he should never have gone into that fight because of the injury he was struggling with, and that he regrets not backing out.