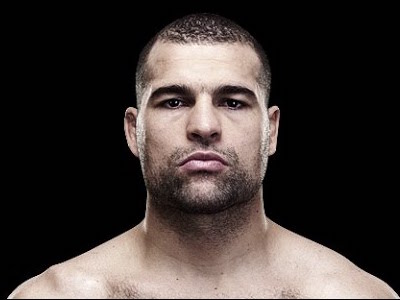 Mauricio “Shogun” Rua had to withdraw from his UFC Fight Night 117 return bout with Ovince Saint Preux. The fight was scheduled to take place Sept. 22nd overseas in Saitama, Japan. Rua has been the victim of injuries over his career but in his prime he would just fight through the pain. As he has gotten older the injuries have been harder to overcome and he is finding it more of a challenge to heal properly at 35 years old. That’s what happens when you have battle scars. Here’s what he said via Instagram.

Fighting has been my life for over 15 years. It’s what I chose for myself and what I love to do. For me it’s very hard to pull out of a fight, very hard, and accepting that was the only viable alternative wasn’t easy at all. Unfortunately, early in this camp, I hurt my knee. I spent the entire camp doing everything in my power so I could fight on September 23 (22 in Brazil), and I trained the entire time under medicine, protection in my knee, ice and physical therapy. I went beyond my limit because fighting in Japan again is something I’d been dreaming of for a long time, because I didn’t want to let the fans down, and because that’s how I was raised in martial arts by my master

I’ve stepped up to fight injured multiple times in my career, and it wasn’t for lack of effort or trying. But, unfortunately, all this effort ended up making the injuries worse, and there came a time when my team and I had to accept there were no alternatives, and I had to pull out of the fight. It wasn’t easy. I’d like to apologize to my opponent I’ve been in the same situation, including when we fought the first time, and I knew it’s never easy. And, mainly, apologize to the fans, especially those who were anxiously awaiting this fight. I will take care of my recovery now, heal my injuries and come back stronger. Challenges are put in front of us every day, and what really matters is how we face them. Thank you all for the kindness.

We wish Shogun the best and a speedy recovery