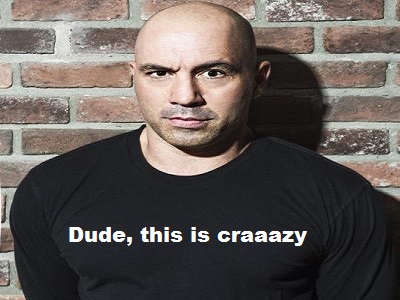 UFC commentator Joe Rogan absolutely slammed former UFC light heavyweight champion Jon Jones on his podcast.  He called him the number one f*** up of all time and he didn’t hold back at all. Check it out.

Jon Jones, with this, becomes the number one fuck up of all time, for sure, if he wasn’t already. This is the biggest one ever. We can only hope and pray that somehow or another there’s some mistake. Here’s the thing, we don’t know what was really going on now. Now I think we are allowed to have complete, open speculation with zero concern for being respectful. After the dick pill thing you gotta go, ‘Look man, the dude was partying, he was taking some dick pills.’ Coke, I don’t give a fuck about coke. That’s not helping you. Then you hear about this and you go, ‘Wait a minute, what is this?’ I want to know what this is.

This comes after Jones was stripped of his recently regained light heavyweight championship when it was reported that he failed a drug test for steroids.