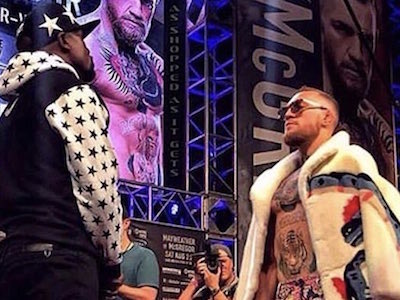 In line with the expectations this fight has created and the millions of dollars wagered on this event, BetPhoenix.ag is offering bettors more unusual prop bets not available at any other sportsbook.

Company representative Thomas Hughes, commenting on the interest this fight has sparked, said: “Since the infamous Tyson-Holyfield “Bite Fight,” there’s never been another event like this one. We’re expecting the fight may even bring in more money in bets than the Super Bowl. But, we want to push the envelope much further than usual by offering some new prop bets we believe will attract bettor’s attention.”

If you want to bet on something more than on which fighter will win the fight, you can now place wagers on such things as:

IF CONOR MCGREGOR LOSES HIS TEMPER HE WILL

About BetPhoenix.ag: BetPhoenix.ag is a major online sportsbook based in San Jose, Costa Rica. Founded in 2006, BetPhoenix has been one of the leading sportsbooks in the online betting industry, recognized in 2017 as a Top 10 American Sports Betting Site by OddsShark.