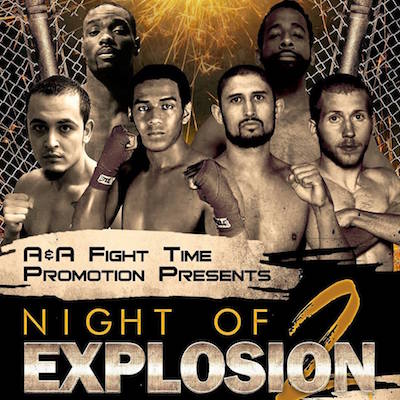 In the main event, Fort Campbell’s Will Calhoun had a tough fight against Memphis Judo & Jiu-Jitsu lightweight Adam Denton. Denton was able to control much of round 1 with his grappling and takedowns, but Calhoun rallied in round 2, first with a trip that resulted in a barrage of strikes, and then with a takedown of his own to set up the final attack of punches to get the finish. Calhoun improved to 3-2 with the win.

In the co-headliner, Harris-Holt Martial Arts instructor Jacob “The Killer” Kilburn remains unbeaten as a professional with his third victory in six months after submitting Illinois prospect Anthony Lorenzo in the third round with an arm lock. Lorenzo tried to keep the fight on the ground, but Kilburn proved once again his opponents aren’t safe there either after the striking specialist picked up his second win in a row via submission.

McGavok High School teacher and Clarksville native Zack Hicks improved his pro MMA record to 4-1 after submitting Cookeville’s Russell Johnson in the first round. Hicks had a decorated amateur MMA career and shows continued improvement as he climbs the pro ranks while reminding us at the same time middle Tennessee may be home to the toughest school teacher since former UFC middleweight champ Rich Franklin.

It was a great night of action-packed entertainment for Clarksville fight fans as A&A Fight Time Promotions continues to bring fights that matter to the area. If you want to see what the future stars of the sport look like today, this is it. The pro card was filled with finishes and fighters with promising futures. And what the amateur card may have lacked in skill level, it certainly did not lack in heart as each of these fighters laid it all on the line for the glory of battle and the hopes that one day too the spotlight will shine on them.

Also in attendance at the event was UFC bantamweight standout and former RFA champ Luke Sanders, who took time to chat and take photos with fans. And rising local pro MMA talent Nate “The Train” Landwehr of Clarksville and Murfreesboro’s Ronnie Lawrence were also in attendance to show their support.

Here’s the full results for “A Night of Explosion 2”: