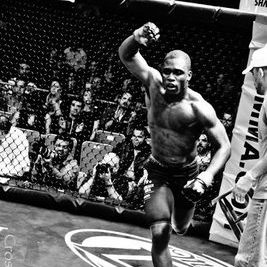 Before Manny Walo tries to improve to 12-2 against UFC vet Jon Manley at CES 44 on May 12 in Lincoln, R.I., the former CES title challenger checked in with ProMMANow.

How does it feel to be back with CES on May 12?

I‘m excited. I was off thirteen months before my last fight with WSOF so it just feels good to be back fighting back-to-back. Luckily, I’m only two or three weeks removed from my last fight so I’m still in good shape to get right back in camp and continue going.

What challenges does Jon Manley pose to you?

I don’t really know much about him. I do know that he fought in the UFC. He’s a tall, lanky, rangy guy. He’s got heart and he’s a good jiu-jitsu black belt. It’s nothing I haven’t seen before. It’ll all come down to who shows up that day – who implements their gameplan.

Would you prefer to knockout or submit your opponent in this fight?

Obviously, everybody enjoys a good knockout or submission. But for me, I’ve got the victories and now I’ve got to start putting together the finishes. I don’t want to be known as a “boring fighter” or someone who always goes to decision. I want to start taking more risks in my fights and finishing these fights. I’m going to be looking for whatever opportunity to finish these fights, however the opportunity presents itself.

What will this win mean for your career?

This will be significant. It’ll be my biggest win to date. With his pedigree, he has a good record, he fought in the UFC, and he’s a black belt. He has a decent following. A win is a win, but a finish would bring my record to 12-2 and it would put me up on that next platform and it’s going to be on CES and Access TV. I could have a lot of eyes on me, and who knows where it could go from there.

With an impressive win, would you like another shot at the CES title?

I just take it one fight at a time. If that opportunity presents itself, I would be all for it. I’m just trying to get wins and get to the UFC. Whatever is going to get me there faster, I’m all for it.