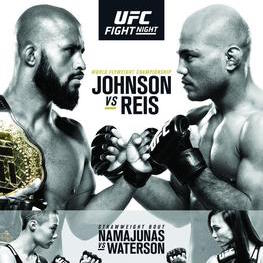 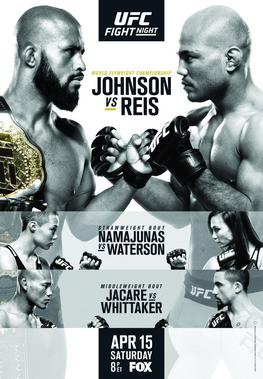 ProMMAnow.com will provide live results of all the action, as well as round-by-round updates of the main card.

Round 1 – Moicana getting off with some nice leg kicks and a body kick, moving well around the outside. More kicks from Moicana at range. Hard inside leg kick. Right over the top from Moicano. Another, and Stephens can’t find him. Lands a low kick though. Inside leg kick and overhand right from Stephens. Starting to figure Moicano out a little bit. Hard right but Moicano covers up. Takedown from Moicano. Stephens threatens with a kimura and this stalls the action until the bell. 10-9 Moicano

Round 3 – Couple counter lefts from Moicano, he then gets a body lock takedown. Stephens gets back up. Gets off a few strikes. Jab from Moicano as he circles and avoids going toe to toe with the heavy-handed Lil Heathen. Couple leg kicks from Moicano. Stephens’s nose busted up. Stephens lands a nice right. Left from Moicano. Right cross from Stephens. Stephens hunting, trying to make this happen. Moicano being effective with the counter-striking. Right from Stephens, low kick. Left from Stephens but Moicano lands a one-two counter. Moicano frustrated, head-hunting. They trade in the final moments and Moicano scores a nice one before the bell. It’s close. Could go either way I think.

Round 1 – Nice side kick low then high from Waterson, then a takedown from Karate Hottie. Rose looking for her back though as Waterson holds her in a headlock. Rose has both hooks in on the back and looking for the choke. Waterson escapes and has Rose in full guard now, using a high guard, and controlling the head. Nice elbow from Rose. Waterson looking for an armbar. Rose with a knee to the head as Waterson gets up. Kick to the knee of Rose. Big right hand from Rose. Clinch, knee from Waterson. Rose with a trip takedown before the bell. 10-9 Namajunas

Round 2 – Rose calling her onward to come and strike. Body kick from Waterson. Front kick. Inside leg kick from Waterson. Hard low kick from Rose buckles the leg. Right hand and a head kick behind it drops Waterson hard! DAMMMMN!!! (Looked like the Rousey KO by Holm) Rose gets ties up in her guard for a moment but unleashes several punches as Waterson ties her up in a high guard. Waterson is swelling badly over her left eye. Rose gets off a left hand. Waterson gets up. Rose jumps on her back with choke locked in, both hooks in. Rose squeezes and blood comes out Waterson’s nose. Finally Waterson taps out. Wow! Huge win for Rose. I thought Waterson’s experience may have gotten her the win but Rose looked amazing.

Round 2 – Johnson being patient and slowly chopping Wilson down. Nice body kick from DJ. DJ staying very active, chopping and chopping. Reis can’t get anything going this round. Hard straight left from DJ. DJ’s so fast he gets in and out before Reis even knows what hit him. DJ lands a hard knee to the body, Wilson catches it then flops to his back. DJ lands a big right before the bell. 10-9 Johnson