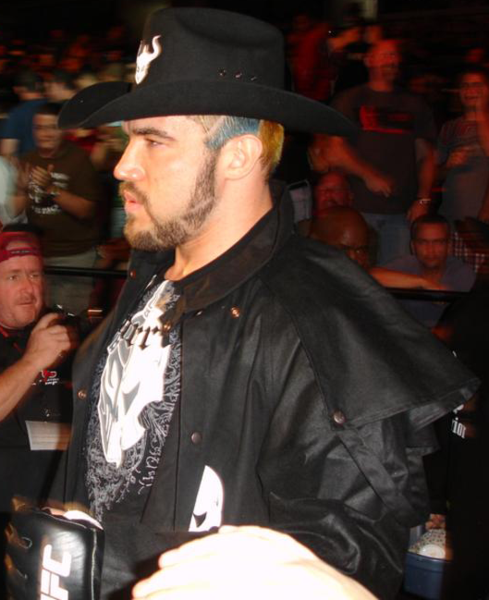 MMA legend Heath Herring will be fighting Japanese Olympic Judo gold medalist Satoshi Ishii at RIZIN 5 on April 16 in Yokohama, Japan. Herring competed for the first time in eight years this past December when he dropped a short-notice fight against Amir Aliakbari in the RIZIN World Grand Prix Quarterfinals. Prior to that the 39-year-0ld former PRIDE FC Heavyweight title challenger last competed when he suffered a memorable decision loss to Brock Lesnar at UFC 87 in 2008.

With a career record of 28-15, 1 NC, Herring has finished 16 of his wins via submission and 7 by knockout. He began his pro MMA career in 1997 with a rear-naked choke submission win over Chris Guillen at Unified Shoot Wrestling Federation 4 in Amarillo, Texas. Pro MMA Now caught up with “The Texas Crazy Horse” to get his thoughts on his return to RIZIN, his thoughts on that epic Brock Lesnar fight, and where Heath Herring is headed.

You are fighting Olympic judo gold medalist Satoshi Ishii at Rizin 5, how do you feel about this matchup?

I’m excited to get another chance to compete back in Japan and look forward to getting the opportunity to fight with Ishii.

Where have you been training for this fight and who is helping you prepare?

How did it feel to get back in the ring this past December after an eight-year hiatus?

Long story short I was helping Roy get ready for his last fight vs Bigfoot Silva and then the opportunity arose to jump in the grand prix last minute.

As a former Pride fighter, how did it feel to be fighting back in Japan? Was it surreal?

Japan has always treated me well. It was nice to be back and fighting in the Saitama Super Arena.

Did you feel rusty in your return bout?

Now that it’s come to light about Brock Lesnar’s failed USADA tests, does it cause you to look at how he performed in the UFC any different?

Do you think he was on steroids or PEDs when you fought him, and if so, does it piss you off?

I’m not concerned with any of that.

How do you view that fight with Lesnar when you look back?

I hate losing so it sucked.

Any thoughts on the new UFC ownership and where the sport is headed?

Not really, I think it’s too early to tell. Plus, the field of MMA seems to be always growing and changing.

What is life like for Heath Herring these days outside of fighting?

What are your future plans?

Just taking the fighting thing day by day (or fight by fight) right now. Not ruling anything out.