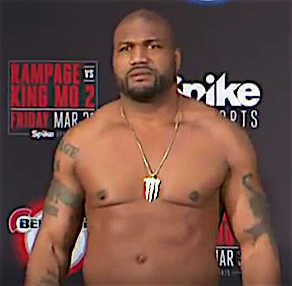 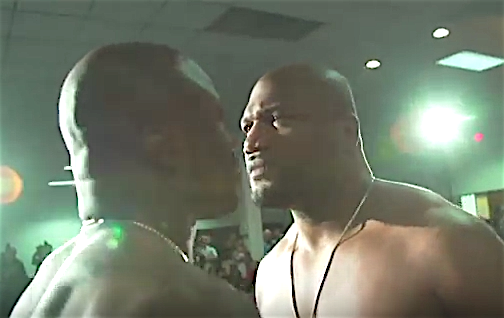 Bellator 175 will be held Friday, March 31 from Allstate Arena in Rosemont, Ill. The event will air live and free on Spike, with prelims streaming live right here on Pro MMA Now.

The first time “Rampage” and “King Mo” fought was at light heavyweight in 2014 in the season 10 tournament final. Remember Bellator seasons? That was lame. Sorry. It was.

Jackson and Lawal will be competing at heavyweight on Saturday and while Jackson was nearing the 265-pound limit, Lawal is keeping it light at 212 pounds. Lawal has plenty of experience at heavyweight and the speed advantage more often than not seems to work for him. Jackson looked enormous at the weigh-ins and all the memes about an overweight Jackson Mo had been posting on social media of late look even more funny now.

All in good fun right? It’s the fight game after all. Memes don’t hurt nearly as bad as Rampage’s punches and inside the cage is where the real test will come on Saturday.

It’s weird to see Jackson that heavy and can’t help but think he’s going to get tired pretty quick if and when Mo starts wrestling with him. On the other hand Rampage will be packing more weight behind his punches and if he lands early he could shut it down. 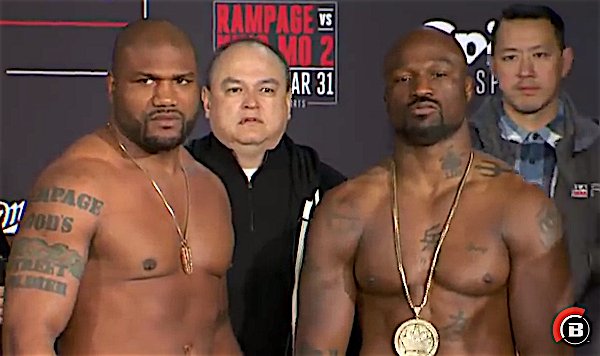