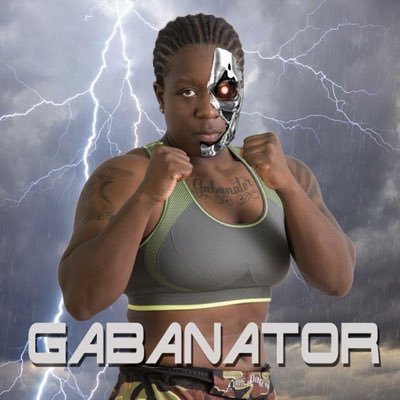 Gabrielle Holloway is one of the most popular female featherweight fighters today. She stands with a decorated amateur record of 7-0 and a professional record of 5-5. The 26-year-old Evolve Academy product took some time off and answered a few questions ahead of her fight against Alexis Dufresne at Bellator 174 on March 3.

What got you into MMA? What is your combat sport background and who was your influence?

I started doing MMA after I graduated high school because I was just trying to stay in shape. I actually wanted to continue wrestling but I couldn’t find any adult leagues in my area so I started training at a boxing gym instead. My influences have always been my coaches, training partners, friends, and family because they are always pushing me to do better. I’ve been wrestling for 15+ years now and I think that made my transition into MMA much easier.

For me MMA is not my career it’s something I do for fun as a hobby. For the most part everyone is supportive of it but there are a few people that think you can’t be a “part time” MMA fighter for lack of a better word. Finding the time to train in between school and all of my other activities would be my biggest challenge right now.

Featherweight division has been labeled as a division without any depth. What are your thoughts on this?

I totally disagree, just like with any division the talent is out there you just have to find it.

UFC recently created the featherweight division. Are you interested in fighting in the division?

UFC 208, Germaine de Randamie faced Holly Holm to crown the inaugural featherweight champion. The match saw Germaine walk out with a controversial unanimous decision. Who did you see winning? What is your take on Germaine and the controversial refereeing?

I think Holly won that fight, she had octagon control majority of the time. Referees are only human and they do make mistakes but I think he could have done a better job. I really didn’t know of her [Germaine] until she fought Holly and after that fight I’m not sure what to think of her.

Two of the largest MMA promotions today, Bellator and UFC, have a featherweight division. Which division do you think has more credibility? Why?

I don’t know I really can’t speak about the UFC being that I have never fought for them. Bellator’s credibility is pretty high in my experience working with them.

You will be facing Alexis Dufresne; she holds a win over Marloes Coenen who will be fighting for the title. Do you think this win will put you as the next contender for the title? How do you plan to counter her ground game?

No, I would need to win a few more fights first. Keep it standing and punch her in the face.

I do think that average fighters should get paid more to make it more fair. At the same time you have to earn your pay. At this time I really don’t know enough about the fighters union to have an opinion on it.

Don’t do it for the money, do it because you want to do it. Most importantly have fun doing it!!

No problem thanks for the interview.