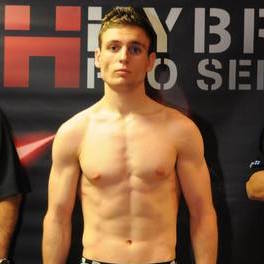 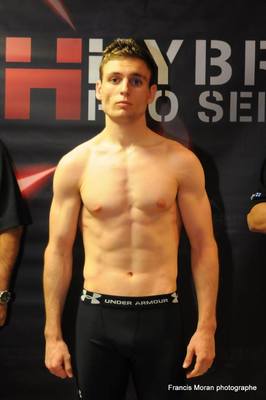 Before top Canadian bantamweight prospect Thomas Godin tries to improve to 4-0 at the expense of fellow undefeated prospect Justin Basra at Hard Knocks 53 on Friday, LIVE on The Fight Network in Canada, he checked in with Pro MMA Now.

It’s a long story. I started when I was younger, about eight years old, doing karate. I had a friend who moved from Chicago who was a black belt in tae kwon do and won a bronze medal at the Junior Olympics. He was really interested in martial arts, mixed martial arts especially. He turned me onto Thai boxing. From there, I wanted to learn more and branched off into other disciplines. Eventually I mixed it all together and became an MMA fighter.

Did you fall in love with MMA right away?

(Laughs) I grew up with a lot of people who were very athletic. In my elementary school, in a class of about 20 people, two of them went on to play hockey in the OHL, with one looking at an NHL contract. Those are the kids I grew up with, so I always wanted to compete with them. But the only thing I was good at was fighting, whether it was wrestling or throwing boxing gloves on and sparring. They would demolish me because of their athleticism but I held my own because of my toughness. I realized that if I really practiced and learn something, I would be all right. I fell in love with it right away.

Why have you been so successful?

I think it’s my heart. Not all of my wins have been easy. I won my last one in 25 seconds, but I’ve been in tough fights too, where I’ve had to dig deep and use my heart to push through.

Where would you like to be one year from today?