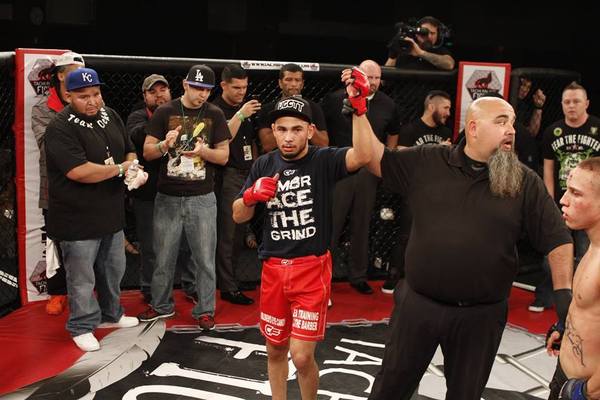 Before Alex Perez returns to action for his 16th win for Tachi Palace Fights on February 2 in Lemoore, Calif., the red-hot flyweight prospect sat down with Pro MMA Now.

I guess so (laughs). When I was growing up, I was small so I always had to prove myself. I wouldn’t say I got picked on, but people definitely overlooked me, that’s for sure.

I had a wrestling background and I didn’t want to be one of those people who wished they had tried MMA when I was older. It took off from there.

How excited are you for this upcoming bout at Tachi Palace?

Is there any better feeling than having your hand raised in victory?

I’ve lost and I’ve won. Winning is a lot better, obviously, but probably within a few hours of celebrating a victory, I’m thinking about what’s next, how I get to the next level. I don’t really take time to let it soak in; I’m always motivated to move up to the next level.