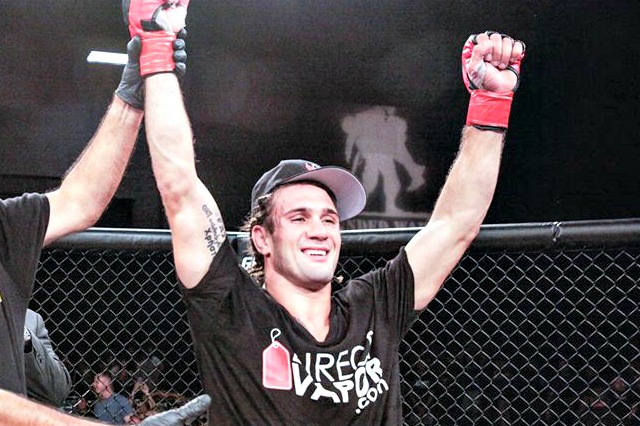 Before Christos Giagos takes on Alexandre Pimentel  and tries to win his third straight fight, and hopefully punch his ticket back to the UFC’s Octagon, at ACB 51 on January 13 in Irvine, Calif., FREE and LIVE on YouTube, the UFC vet sat down with Pro MMA Now.

How does it feel to be fighting on ACB’s first card in North America?

How is it going to feel to get that third straight win?

It’ll feel great, definitely. It’ll feel like I deserve to be back in the UFC. Outside of the UFC, I’ve only taken big fights, so I’m ready to be back. I think I’ve proven that I belong in the UFC.

Was getting released by the UFC a blessing in disguise?

I would say so, yes. It definitely made me want it more, train harder, and it helped mature me as a fighter and as a person.

How much better are you now than when most fans last saw you?

I think I’m a lot better. The 155-pound weight class in the UFC is pretty stacked, but I know I can make a run for that Top 10 and just keep moving up.

What are your expectations for your ACB 51 fight on January 13 in Irvine?

I’m hoping for a knockout. I know my opponent is going to try to submit me. I’m more than happy to fight on the ground, but I’m definitely looking for another knockout.