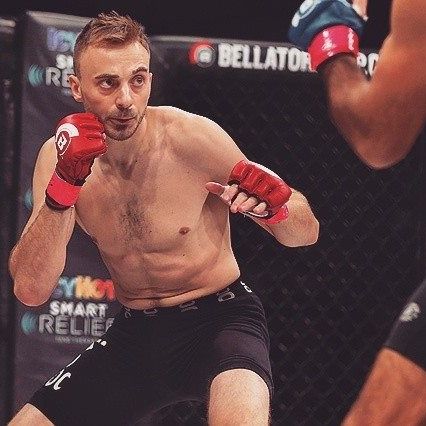 Before Pete Rogers Jr. returns to action against Derek Shorey at CES MMA 38 on September 23 at Foxwoods Resort Casino in his home state of Connecticut, the three-time Bellator MMA vet spoke with ProMMANow.com

How have your preparations been going?

My preparations have been going very well. I’ve learned to balance working extremely hard with, now that I’m getting more comfortable in this sport, with how to listen to my body and be smarter, instead of just working at maximum intensity at all times.

With three weeks until Fight Night, how excited are you?

Very excited. I just got back from training at New England Combat with my father, and Nate Andrews and Luis Felix, who are both highly regarded CES MMA fighters and good friends of mine. I’ve been working with them and I’ve been working with my Brazilian jiu-jitsu coach, Marcelo Cruz, who is amazing, and my father for my striking. I’m excited to put it all together.

Does having so many supporters on Fight Night affect how you do your job?

It definitely excites me, because I’m there to put on a show for my fans and friends. Really, this is the way it’s always been, so it’s not something that I’m going to have to get used to.

What are your expectations for Fight Night?

I expect a really tough opponent. I really respect Derek Shorey, but I’ve been working way too hard for this, and my game has developed so much over the past 18 months, and I can’t wait to show everybody.

Would you like to make a home for yourself with CES MMA?

Absolutely. I love fighting for CES MMA. Everybody treats me really well, and I want to continue fighting for them. I’d like to work toward a shot on AXS TV Fights and show everybody all the hard work that my dad has put into me since I was three years old. I’m hoping to show that this fight.