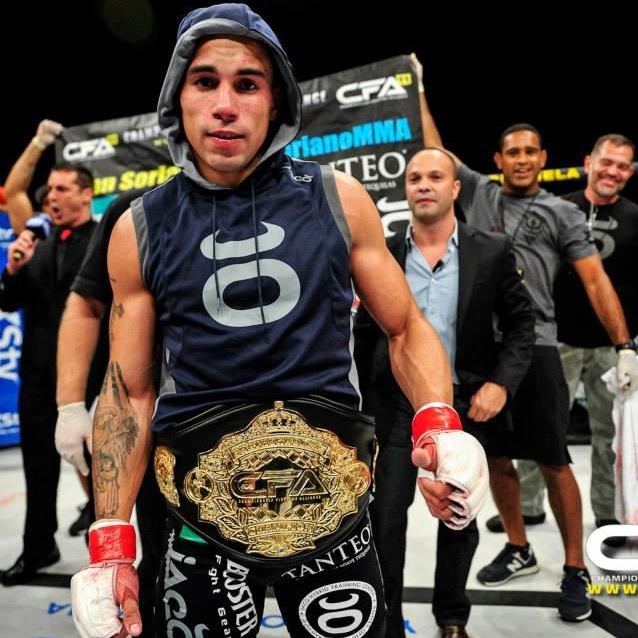 I was playing baseball at the time. That kind of fell off, but I still wanted to compete — I’ve competed in all kinds of sports my whole life. I met with Jorge Rivera, who’s really an icon in New England MMA. We hooked up and started training. I had a couple fights, then I decided to travel a little bit. I made it to Florida and trained at American Top Team for about two years, and then I joined my Blackzilians family, which I’ve been a part of for almost five years.

Who are your main training partners?

My main training partners are Michael Johnson, Robin van Rossmalen, Andre Soukhamthath, Gilbert Burns, Kamaru Usman, Abel Trujillo, Carrington Banks, Danny Roberts — the list goes on and on. Everyone at the gym is very talented and everyone pushes everyone, whether they’re in the UFC or CES MMA, or earlier in their careers.

How does it feel to be back with CES MMA?

It feels good. I actually only got to fight with them once before, so they did me a favor and let my fans see something that they wanted to see also.

Are you going to have a lot of supporters there on Fight Night?

I’m hoping to, but probably not as much as the champ Andre “The Asian Sensation” Soukhamthath (laughs). You can’t compete with that guy!

How do you see this fight playing out in September?