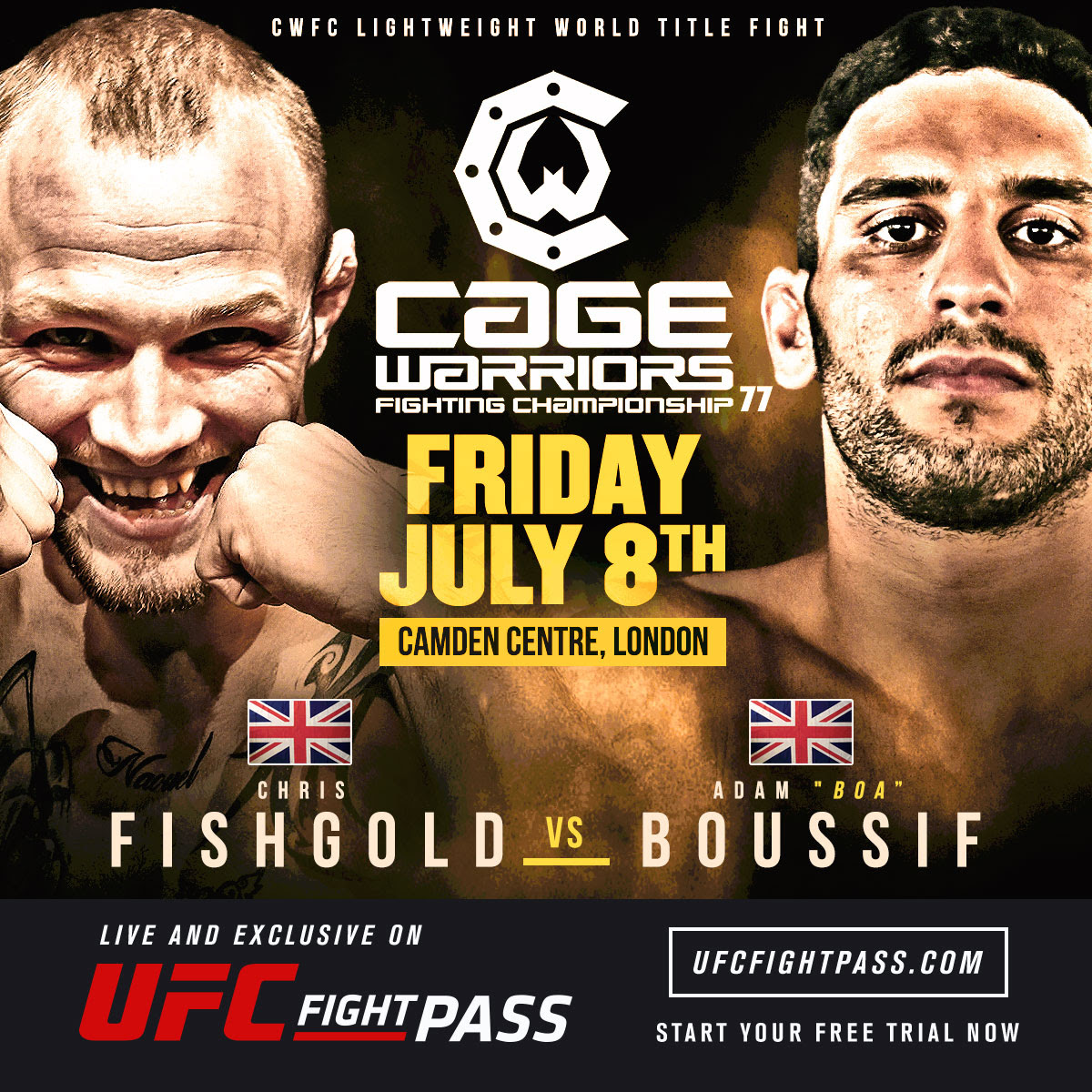 A new bout has been added to the CWFC 77 fight card as lightweight contenders Chris Fishgold (14-1-1) and Adam Boussif (9-3) are slated to battle for the Cage Warriors Fighting Championship’s vacant lightweight title. The event will take place at the Camden Centre in London, England, on July. 8.

CWFC 77 will feature a headline bout between middleweights Jack Marshman and Christopher Jacquelin, who will fight for the vacant middleweight title. The event is expected to air live on UFC Fight Pass.

Chris Fishgold enters this fight riding a three-fight winning streak. His most recent victory came at CWFC 75 in April where he defeated Jordan Miller via submission in the first round. Prior to that, Fishgold scored a TKO win over Alejandro Ferreira at ICE FC 11, and a submission victory over Benjamin Baudrier at ICE FC 9. The 24-year-old will no doubt look to extend his winning streak to four with a good performance against Boussif.

“I can’t wait to be the Cage Warriors lightweight champion,” Fishgold said. “It’s an honour to fight for the belt. I’m looking forward to showing my ever improving skill set.” – Chris Fishgold

Adam Boussif last competed at Top FC 11 in May where he picked up a second round submission victory over Jung Min Kan, bouncing back from a TKO loss to Charlie Leary at BCMMA 13 in December 2015. Prior to the loss against Leary, Adam had been on a five-fight winning streak picking up notable wins over the likes of Owain Parry, Shane Riley and Chris Astley. Boussif now has the chance to begin a new winning streak and pick up a title if he can defeat Fishgold.

“Cage warriors has been a great platform for fighters to showcase their skills to a wider audience. I’ve been putting in the work, which will show when I become the Cage Warriors lightweight champion.” – Adam Boussif

More fights are expected to be announced very soon so make sure you stay tuned to ProMMANow.com for all the latest.