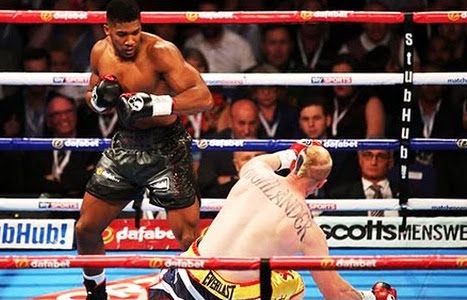 Following Anthony Joshua’s easy win over Charles Martin at the O2 Arena on April 9th, the pundits are turning their attention to his next opponent. Speculation is rife about who Joshua might face in his prospective world title defences. A former Olympic champion, Joshua has only had 16 professional fights, but there’s already a plethora of heavyweights waiting in the wings to take away his title belt, or simply just to earn themselves a heavyweight pay-day. Let’s face it, would you be prepared to be knocked out by Joshua for a six figure sum?

His latest fight with Martin lasted for just six minutes, with Joshua flooring Martin twice before the fight was stopped by referee Jean-Pierre Van Imschoot. After the fight, Martin admitted that he just couldn’t cope with Joshua’s speed, and claimed that “he (Joshua) was the better man on the night.”

This is a deep blow for Martin who had the bookies confidence pre-match at 4/1. Martin has a long way to go if he ever wants to knock Floyd Mayweather off his perch as boxing’s richest fighter and the number one highest earning sportsman. 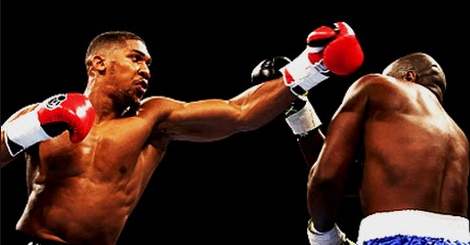 Jokes aside, let’s take a look at who’s likely to challenge Joshua for his IBF Heavyweight title.

First up is Lucas Browne, Australia’s first world heavyweight champion and holder of the WBA crown. This match would mean that one of the contenders would join Tyson Fury as a two-belt world champion.

Then there’s Luis Ortez. A giant of a man, Cuban born southpaw, Ortez blasts through his opponents like a man possessed. With most boxers choosing to avoid him wherever possible, it’s likely that he’s close to grabbing a chance to prove himself against one of the top names. Ranked amongst the best heavyweights in the world, Ortiz may see a match with Joshua as a way to really elevate himself in the world of boxing.

New Zealander, Joseph Parker is unbeaten and keen to get a chance to compete in big-money bouts. He too, sees fighting Joshua as a way to elevate his status in the boxing world. Parker’s team have already expressed their interest in taking on Joshua, so we could see Joshua vs. Parker in the future.

Hughie Fury’s claim to fame is as Tyson Fury’s cousin, but he’s also racked up more victories than Joshua and is still unbeaten. The Tyson cousins are unlikely to ever face each other in the ring, so this seems the logical progression for this 21 year old.

David Haye may be making a comeback, and his sharpness and timing are improving. Promoter Eddie Hearn thinks that a meeting between the two is inevitable – so watch this space. While Haye may be in his mid-thirties, he’s got the credentials, plus the speed and power, to take on Joshua.

Other potential contenders include Americans Shannon Briggs, Dominic Breazeale and Mexican Andy Ruiz Jr, although these are not considered to be significant risks.