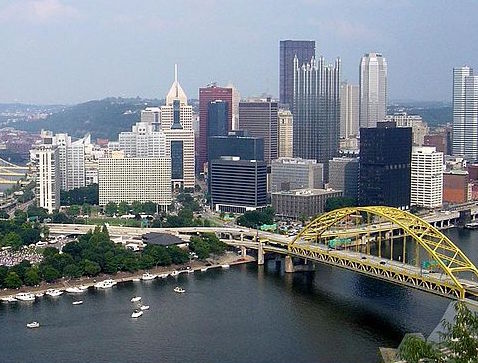 Mixed martial arts is considered one of the fastest growing sports in the world today, with fighters like Ronda Rousey and Conor McGregor becoming household names and online betting sites like MyBookie.ag taking wagers on most major MMA fights.

In MMA, the UFC is the most recognizable brand and the undisputed king. A lot of people don’t know that the first regulated MMA organization was started in Pittsburgh.

In 1979, more than a decade before the UFC was created, CV Productions was the first regulated MMA production in the country. The company was started by local martial artists Frank Caliguri and Bill Viola.

Caliguri and Viola’s role in bringing MMA to the United States were largely forgotten until Viola’s son (also named Bill) wrote “Godfathers of MMA,” a book that chronicles Pittsburgh’s role in MMA history.

“I want Pittsburgh to be proud of this,” Bill Viola Jr. said recently. “We don’t just have all these Super Bowl titles. We started one of the most popular sports in the world right now.”

CV Productions was the first MMA promotion in the United States that allowed fighters to use techniques from different martial arts disciplines while fighting. At the time, the sport was known as “combined fighting,” because of the different techniques the fighters used.

At the time CV Promotions was getting off the ground, they were able to get people interested in joining their organization because the economy was bad and they offered substantial prizes to winners.

According to Bill Viola Jr., the first CV promotions fight took place at a Holiday Inn and featured a fight between a laborer and a car salesman.

Anne Madarasz, the director of the Western Pennsylvania Sports Museum, said the sport ended almost as quickly as it started because of pressure from Boxing commissions and wrestling federations as well as a death in an unrelated “Tough Man” boxing event in the region.

In 1983, the sport was banned in the state of Pennsylvania, and wouldn’t be legalized again until 2009, when the UFC had become a popular brand.

“This had all the makings of where we are today,” Viola Jr. said. “Frank and my dad just didn’t have enough money to fight it.”

Today, Pittsburgh still has strong ties to mixed martial arts. There are plenty of MMA gyms springing up in and around the city, where fighters from around the country come to train.

Chris Dempsey, a 28-year-old UFC fighter who will be fighting in the UFC Fight Night 84 event taking place on Sunday, said he trains in Pittsburgh when he wants to improve his wrestling skills because he feels Western Pennsylvania has the best wrestling in the country.

“There’s no better area for wrestling in the country other than Western Pennsylvania, so I really think it’s an untapped market that sooner or later is going to become huge.”