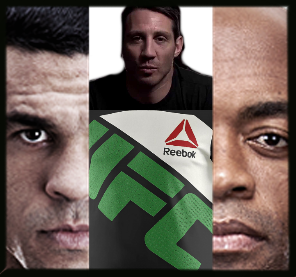 Current No. 5 ranked UFC middleweight Tim Kennedy (18-5) has beaten some tough competition during his 15 years fighting in professional mixed martial arts. Not the least of which was a unanimous decision over current UFC welterweight champion Robbie Lawler back in Strikeforce.

The 36-year-old Special Forces operative was on a four-fight run until he was TKO’d by Yoel Romero in Sept. 2014 and hasn’t fought since. Kennedy has been very outspoken about PED use in the UFC (Romero just tested positive) and like many has not been an advocate of the Reebok sponsorship deal.

Kennedy was offered a bout with Lyoto Machida at the end of March but he has once again been deployed and had to decline the fight. However, the combat veteran has his mind on a couple of possible opponents for when he returns and even promises UFC President Dana White he’ll say nice things about Reebok if they give him the fight.

Dear @danawhite
I promise to say nice things about Reebok if you give me @vitorbelfort or @SpiderAnderson. #PED #easypaycheck

Of course both Vitor Belfort and Anderson Silva have been popped for PEDs and Kennedy feels he will certainly have the advantage if he were matched up with either. We look forward to either of those matchups when Tim safely returns from duty. Which would you prefer?