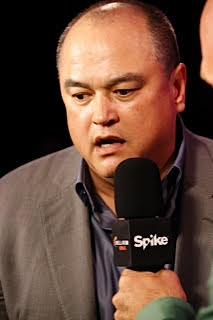 Bellator MMA, the emerging mixed martial arts promotion, will hold its first three events outside of North America in 2016, with stops planned in London, Tel Aviv, and Italy. The announcement was made today by Scott Coker, President, Bellator MMA.

The event in London will be held at the O2 Arena with the main card broadcast LIVE on Channel 5 in the UK and on tape-delay on Spike TV in the U.S. Also, Spike UK will broadcast the prelims LIVE in the United Kingdom.

“We are thrilled to bring the incredible excitement of hard-hitting Bellator action featuring some of the best athletes in the world to our new global partners in the UK, Israel, and Italy,” said Coker. “The London event is especially encouraging as we will broadcast the main card in the UK on one of the country’s most-distributed broadcast channels, Channel 5.”

In Israel, the Bellator MMA broadcast will air locally on Ego Total.

Details on all three international fight cards will be announced in the coming months.

Bellator MMA’s action-packed fight cards can be seen in 135 countries and territories worldwide. In the U.S. on Spike, LIVE Bellator events are averaging 872,000 viewers in 2015 with a +17% increase in the key demographic of Men 18-49 versus last year. In June, the Kimbo Slice-Ken Shamrock fight delivered 2.8 million viewers, the most-watched MMA fight on television in the U.S. since January.