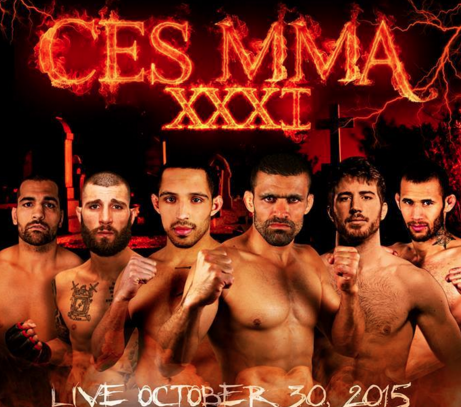 There was a terrible injury on the undercard:

Check out this Greg Rebello one-hitter quitter in round one against Mike Mucitelli.

The crowd was completely silent when fan favorite and CES MMA hometown hero Chuck O’Neil lost in his middleweight debut. O’Neil was taken down with a big slam early in the first round and Daniel Vizcaya ended up taking his back and forcing the tap. O’Neil was holding his jaw afterward like it could be injured. At one point Vizcaya applied a neck crank from inside Chuck’s full guard that looked painful/highly uncomfortable.