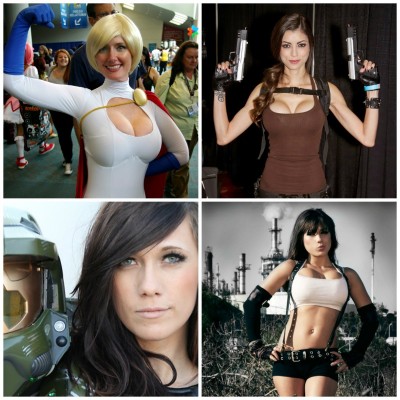 Booth babe – A man or woman used by vendors at nerd conventions to attract, advertise, and sell their products.

The PAX convention and the wildly popular E3 convention have banned booth babes from their events. Booth babes have been one of the highlights for nerds, geeks, and guys in general who have attended entertainment, gaming, comic, and some larger film festivals for years. They are primarily scantily clad women who are beautiful and look like they got pulled right out of a video game, Playboy, or comic book. They take pictures with convention attendees, but now the family values monster has reared it’s ugly head and they are seen as not family friendly. With all of the almost pornographic music performances, music, and other media this came as a shock for long time convention attendees because it is truly one of the highlights of the events.

Here’s what PAX had to say:

PAX has a strict ‘no booth babe’ policy with the purpose of creating an environment where everyone can feel comfortable and welcome, and the focus is on games, not hired booth staff.

Booth babes are defined as staff of ANY gender used by exhibitors to promote their products at PAX by using overtly sexual or suggestive methods. Partial nudity, the aggressive display of cleavage and the navel, and shorts/skirts higher than 4” above the knee are not allowed. If for any reason an exhibit and/or its contents are deemed objectionable to PAX management, the exhibitor will be asked to alter the attire of its staff.

Cosplayed characters that are playable in-game are an exception to this rule (within reason), and exhibitors must obtain permission from show management prior to the show.

If for any reason an exhibit and/or its contents are deemed objectionable to PAX management, the exhibitor will be asked to alter the attire of its staff or remove those staff from the show. 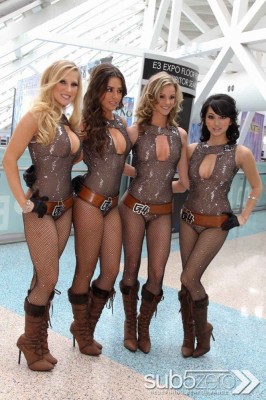 Conspiracy theorists say that the ban comes from the “hidden cross” masquerading as a control pad in the logo. We think they are insane, but hey – to each his own. The website Reaxxion said very bluntly:

“Because a few people are uncomfortable we’re getting rid of this without putting it to a vote or any real consultation with the audience that pays money to come to our events.” This is classic blind SJW pandering, and it’s also just a tacky way to slut shame. Of course in this new world where revolutionists and activists went from being the people of the sexual revolution the new revolutionaries are puritans and insecure fear/hate mongers.

Cosplayers, roleplaying costume wearing women, like Jessica Nigri, Yaya Han, and LeeAnna Vamp may be next. It is unclear if they really will throw these beautiful women in costumes out. If they do there will be a backlash like they have never seen.

PMN supports the women and concept of booth babes. E3 and PAX – wake up!