What does it really cost to be an MMA fighter? (Part 2) 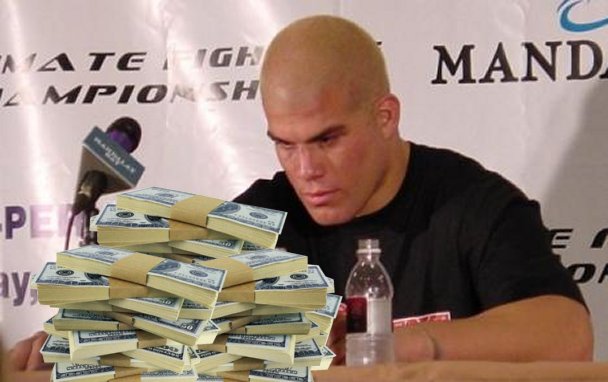 In the first of this two-part series about what it costs to be a fighter, I discussed things like training camp, food costs, and supplements. Now we’re back for Part 2 to talk about more expenses that come up as the fight gets closer.

Every pro fighter is familiar with the medical tests required for them to fight. For fighters at the higher levels, these are often paid for by the promotion for which the fighter is fighting, but if they’re not, the expense can add up quickly. Even on regional levels, all states that have sanctioned MMA require bloodwork. Many states will accept bloodwork that is up to a year old, but some states will not accept it if it’s older than six months. Some states require eye exams and more complicated tests as well; sometimes it’s for any fighters, other times it’s for fighters over a certain age.

Then you have licensing. Pro fighters must be licensed by the individual states in which they fight. Sometimes this license will be as little as $25 and good for a year, other times the cost is over $100. Cornermen must be licensed as well, a cost that is sometimes absorbed by the fighter.

Think about fight gear and banners. Although banners will soon be a moot point in the UFC when the Reebok sponsorship goes into effect, for fighters on the regional levels, banners and fight gear are typically two very important things that help the fighters get paid through sponsor money. Sometimes, the fighter will be lucky enough to find a printing company that will print their banner at a discounted rate, or for free in exchange for logo placement, other times they will have a particular sponsor that will pay for the banner, but if these are not options, then the fighter goes into his/her pocket to pay for it. Same with the fight gear – often times, the fighter or his manager will be able to find a company that will print the gear in exchange for logo placement or the fighter wearing that company’s gear, but if not, that’s a cost absorbed by the fighter, or management depending on the situation.

However, like with the food prep and with tickets (mentioned below), there is an additional cost for regional and local fighters in the form of time that is often associated with fight gear, but there is sometimes a cost here for the higher level fighters as well – you probably realize where I’m going with this – signature shirts. Many fighters have “signature shirts” from one of their sponsors, and often times, the fighters receive a flat amount of money for each shirt sold, and for higher level fighters, sometimes the payment is directly tied to the total income of the company for a certain period of time. So the more shirts that are sold, the more money that the fighter (and the company) make, which can greatly increase the amount of money a local fighter is making surrounding his fight and certainly make him or her a more desirable sponsoree for the sponsoring company.

Then you have travel to the event. The larger promotions typically pay for a plane ticket for the fighter and for one other person be it wife, cornerman, whoever. Even at the higher levels, the fighters often absorb the cost of bringing other people with them to the fight. A short travel distance is often a benefit of fighting for a local show as it’s not a big deal to drive half an hour or an hour to fight, but many times the travel time is far longer. However, most local promotions will reimburse fighters for gas money as part of their contract.

Then you have hotel rooms. Again, an expected expense at the higher levels, but even there, most of the fighters will only get one room. At the regional and local levels, the rooms are often limited to those who drove more than a certain number of miles, and even then, it’s one room. I’ve seen plenty of local fighters cram into one small hotel room with their two or three cornermen and sometimes even other people that came to watch the fight.

Once the event has arrived, you have ticket costs for family and friends. Although these expenses are not normally ones absorbed by the fighters, when you move back down to the smaller promotions and local level, you have another cost associated with this – selling tickets. Like with the food prep, this doesn’t come with a monetary cost so much as time. Fighters on the local level often receive money for each ticket sold. Something like $5.00 per ticket is common, and for the popular fighters, the money they make off of ticket sales can often dwarf the pay they receive for their pro fights. Given this, the fighters are out their busting their butts trying to sell as many tickets as possible, driving to drop off tickets to people who bought them and constantly spending time marketing themselves on social media to make sure that everyone who wants to see them fight knows the time is coming.

With all of these things in mind, you may be asking yourself, “How do these guys fighting locally survive on the money they’re making off of the fights?” Simply put, they don’t. Nearly any local professional fighter you’ll speak to has some other day job. Whether it be teaching classes at the gym where they train, bouncing at a local bar, working as a server, some type of general laborer, or even a career not typically associated with fighting (Remember, Rich Franklin was a math teacher, and Shane Carwin was an engineer), most fighters have another job.

While some local fighters are fortunate to be financially stable enough to train full time, most are not. Even at the higher levels, some fighters still have jobs. While the salaries in the UFC are much higher than those at the local level, so are the costs. Remember that many UFC fighters will only fight 2-3 times per year. Yes, they are making much more money per fight, but their training camps cost more, and higher pay means a higher amount of money that goes out for the fighter’s manager and/or agent.

Some fighters at the higher levels have the benefit of a situation like that former welterweight champion Johny Hendricks has with Team Takedown. It has been widely reported that Team Takedown has a management structure very different than most. Fighters on the Team Takedown roster, a very small roster, are afforded the opportunity to train full time not only at no expense to the fighter, but also with a regular paycheck the fighter receives to cover other expenses. In exchange, Team Takedown gets 50% of the fighter’s earnings. You read that right. Fifty percent. While that is certainly a different, and potentially very risky, business plan, it has worked for Team Takedown, especially after Hendricks became welterweight champion.

But that management structure is the only one of its kind in the sport. The vast majority of fighters are not afforded opportunities like that, but instead are working through more traditional means to get to the point where they are making enough money to provide for their families and “fight full time”. Some fighters have even turned to sites like GoFundMe to fund their training camps, crowd-sourcing their expenses with the hopes that it will pay off better than a traditional sponsorship approach.

The landscape of fighter sponsorship will certainly change when the UFC institutes the Reebok uniforms. The vast majority of current UFC sponsors will no longer be allowed in the Octagon, and it is very likely that these companies will turn their focus to other promotions in the hopes of continuing the marketing boost that the popularity of MMA has given them. While this trickle down effect will likely not trickle all the way down to the regional promotions, it is entirely possible that some fighter will have opportunities to gain sponsorships that they did not have before and thus, have the opportunity to make a little more money.

Fighters on all levels put in the work, regardless of the pay. Sure, you won’t see all of the fighters on local levels putting in the same work that Anderson Silva does, but I think you would be surprised to see the professional way in which many local fight teams are run. Remember what I said in the beginning – it’s a labor of love, but it’s the love, not the labor that keeps the fighters working hard and dreaming big.