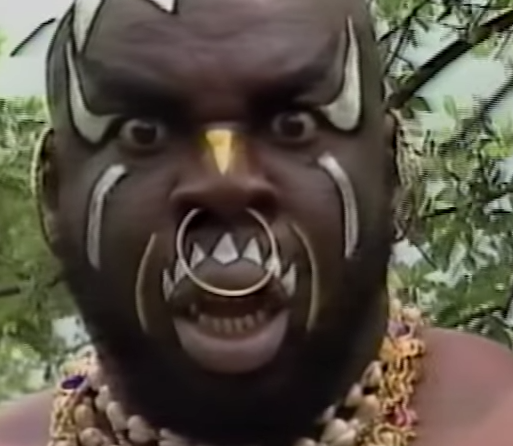 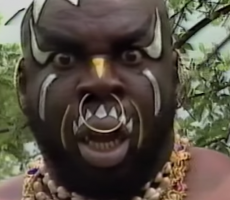 Kamala had legendary WWE matches against the likes of Hulk Hogan, Andre The Giant and The Undertaker. The Ugandan Giant struck fear into the hearts of children across the world as they watched the cannibalistic headhunter perform on their television sets. But in this new interview we see a much different side of the now 64-year-old James Harris, who was actually a truck driver from Mississippi when he was discovered. Harris, who is now a double amputee due to diabetes, recounts the gimmick of Kamala being created by Jerry “The King” Lawler and not being told wrestling was “fake” until the day before his first match. He also talks about his dealings with Vince McMahon and tells the story of how a match with Andre The Giant turned into a real fist fight that led to him pulling a gun on the giant and then carrying a loaded gun in his shorts during matches for fear of retaliation.