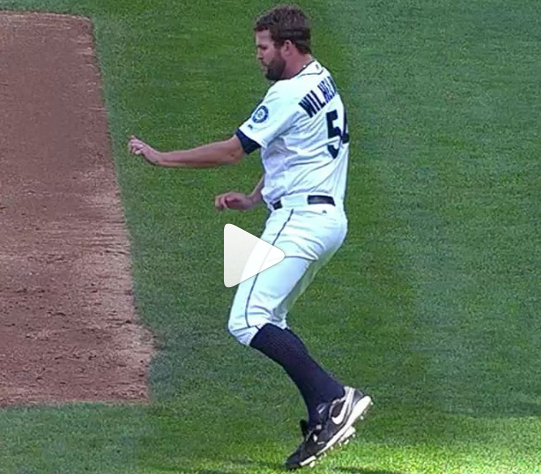 Seattle Mariners relief pitcher Tom Wilhelmsen broke it down like nobody’s business when Lil Jon and DJ Snake’s “Turn Down for What” hit the speakers on Sunday. The Mariners beat the Angels 4-1 but did not advance to the final playoff spot in the American League due to the Oakland A’s getting in on a wild card. At least they still won the game and Wilhelmsen celebrated not giving one single f—k. Take it away Tom…