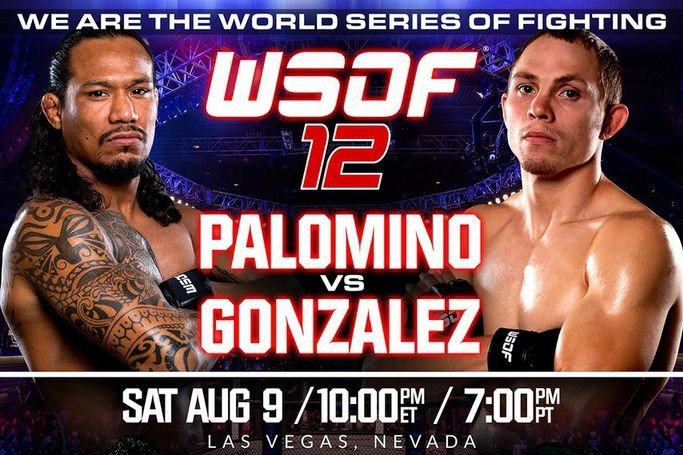 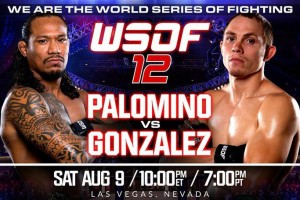 Peru’s top mixed-martial-artist may soon find himself fighting for a World Series of Fighting title, as Luis Palomino (23-9) scored a devastating first-round knockout win of a previously undefeated Lewis Gonzalez (9-1).

Palomino was looking to trade bombs from the start, and he defended his opponent’s takedowns while using foot sweeps to keep him off-balance and delivering crisp punches in combinations. Gonzalez did briefly work the fight to the floor, but Palomino worked immediately back to his feet and resumed the assault.

The attacks opened a cut on Gonzalez’s head, and as blood streamed down his face, Palomino again swept his legs before throwing a high kick that saw the knee land flush. Gonzalez crumpled to the canvas, and Palomino landed two more punches before referee Herb Dean could call of the fight with 18 seconds left in the first round.

“I’m a natural-born striker,” Palomino said. “I love knocking people out. I feel like that’s something I had over him. And the experience factor.”

Palomino added: “The kid has a bright future. His strength is his wrestling and he really believes in the wrestling; that’s how he’s won most of his fights. So whether he’s feeling good or if he’s feeling under pressure, he’s always looking for the takedown. So I just had to wait, time it right and clip him.”

In the night’s co-feature, Brazilian wrestling standout Ronny Markes (15-3) grinded out a win over Cully Butterfield (13-4), scoring a unanimous-decision victory in a grappling heavy affair.

Markes came close to finishing the fight on a few occasions, nearly securing a rear-naked choke in the first round and ending the second round by punching away from back mount, but Butterfield simply refused to go away. Still, Markes was always in control of the moderately paced affair, and the action seemed more one-sided than the three 29-28 scored indicated.

In 195-pound catchweight action, Elvis Mutapcic (14-3) proved to be just a little too much for an impressive Kelvin Tiller (6-1), outwrestling his opponent en route to a unanimous-decision win.

The two had brief clashes of strikes on the feet, but Mutapcic found his most dominant opportunity against a creative opponent was to put him on his back. Mutapcic did exactly that, and Tiller simply couldn’t get back to his feet. At the final bell, it was clear Mutpacic had done enough to win, and was awarded the victory with scores of 30-27, 29-28 and 29-28.

Afterward, Mutapcic admitted he was happy with the win but was disappointed with the process.

“I’m usually a finisher, but I’m trying to expand my game, so it was good to get some experience on the ground tonight,” Mutapcic said. “I’ll have to watch the fight and see what I need to improve on. I think I should have moved more. I was a little flat-footed.”

In an important bantamweight matchup, Brandon Hempleman (10-2) shut down the vaunted wrestling of Olympic medalist Alexis Vila (14-5) and kickboxed his way to a unanimous-decision win.

Vila was a game competitor from start to finish, but Hempleman matched his speed on the feet and was often quicker on the trigger with his punches and kicks. Vila was aggressive until the end, but Hempleman was just a touch better and was awarded the decision win with scores of 29-28, 30-27 and 30-27.

“I thought I won the fight,” Hempleman said after the win. “I had the better shots. He’s a little bit shorter than me so I had to watch my reach, but he hit hard. He didn’t feel small.”

In the night’s first main-card contest, bantamweight prospect Matt Sayles (3-0) earned an impressive decision win over Bryson Hansen (7-2), battling back after nearly being finished in the opening round.

It was a Hansen left that sent his opponent crashing to the floor, but Sayles crawled back up, survived the following onslaught and then took over for the rest of the fight. Sayles showed incredible movement and angles as he picked apart his powerful opponent, rifling in right hands from all angles and racking up points. At the end of 15 minutes, Sayles was awarded the come-from-behind win, 29-28 on all three judges’ cards.

In the night’s final preliminary bout, Lucas Montoya (7-3) picked up a thrilling win over Jimmy Spicuzza (5-2), stopping his opponent with a rapid-fire barrage of strikes at the 4:11 mark of the first round.

Montoya’s jab was crisp from the beginning of the fight, and he busted up Spicuzza’s nose in the early going. A gritty Spicuzza battled back, throwing quick combinations as he looked to stage a comeback. Just when it looked like things were going his way, Montoya clipped him again and then fired non-stop punches until Spicuzza hit the floor and referee Kim Winslow waved off the fight.

Las Vegas-based welterweights Danny Davis Jr. (10-8-1) and Jorge Lopez (11-5) turned in an early thriller, as the two went back and forth on the feet for three full rounds. In the end, it was Davis Jr. who was awarded the unanimous-decision win.

The longer Davis Jr. tried unsuccessfully to bring the fight to the floor a handful of times and was forced instead to compete in the feet. That suited him just fine, as he danced and moved and worked long punches while also firing kicks to the body. Meanwhile, Lopez relied on more on power shots with his hands, and while he landed his fair share of big blows, he was never able to truly hurt his foe. That allowed Davis to rack up points, and he was awarded a unanimous-decision victory, 29-28 on all three cards.

Maltais looked frequently to bring the fight to the floor, but Acquaviva defended each advance and remained on the feet. Forced to fight his opponent’s game, Maltais obliged by standing and trading in the pocket, but was Acquaviva’s accuracy that earned him the nod in a razor-thin decision

The two went back and forth in the grappling game in the opening frame, but when Gutches worked quickly to mount in the second, Abanokov turned and exposed his back. Gutches happily latched on and worked in a rear-naked choke, scoring a tapout win 67 seconds into the frame.