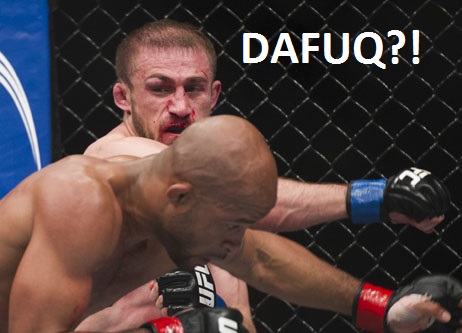 Ali Bagautinov faced UFC 135 pound champ Demetrious Johnson last month in what was a one sided fight. Johnson retained his flyweight strap with a 5 round smashing of Bagautinov. Shortly after the fight it was discovered that Bagautinov tested positive for EPO (erythropoietin). That substance specifically helps a fighter’s endurance. In response, the BCAC has suspended him for mixed martial arts competition for one year.

Bagautinov spoke with ValeTudo.ru and explained that his teammate Rustam Khabilov’s friend sucker punched him leading up to the fight and how it affected him. The quotes are translated thanks to BJPenn.com: 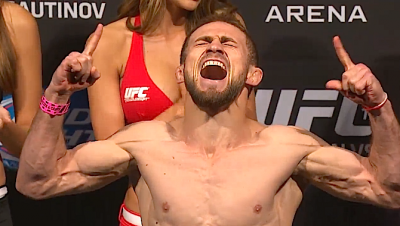 The website ValeTudo.ru asked about the alleged fight between he and Khabilov and whether it affected his performance against Demetrious? They said there were rumors that he had suffered a serious injury. Ali Bagautinov was very open with the situation.

Rustam’s friend punched me and I fell in knock-down. I fell onto the ground and couldn’t come to senses for a half of a minute. It was dirty to punch me from behind all of a sudden. And it surely affected my training process – in three weeks before the fight I didn’t train cause I had to visit hospital and regain my composure.

It also affected me psychologically, it was hard for me to set my mind for DJ bout. Rustam had been my friend for many years, and I just didn’t expect it from him.

ValeTudo.ru then wanted to know who “Rustam’s friend” was and where he was from. They specifically wanted to know how did he get involved in the fight in the first place? Again, Ali Bagautinov was not at all hesitant to give the details.

He comes to US from time to time, trains him, helps him with free-style wrestling. When I talked to Rustam, this guy came and started an aggression towards me. We had a quick verbal exchange, like “What do you want? Who are you, man?”. And while we were talking with Rustam, he got around me and – I don’t even know how to describe his actions – he got around me and punched me in the back of the head.

This is slightly different than the rumored fight between he and Khabilov himself. At any rate, Ali will serve his suspension and attempt to work his way back to the top and in to the good graces of the UFC brass.