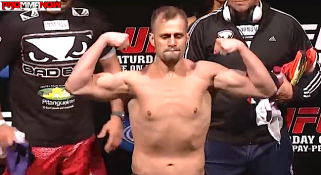 Junior dos Santos has pulled out of his scheduled TUF Brazil 3 matchup with Stipe Miocic due to an injury. However, UFC officials have announced that Brazilian Fabio Maldonado will move in up in weight to challenge Miocic in the main event.

Maldonado (21-6) is coming off a unanimous decision win over Gian Villante in his last outing in March. Maldonado has won three consecutive fights after losing his first three UFC appearances.

Miocic (11-1) is coming off a unanimous decision win over Gabriel Gonzaga in his last outing in May. Miocic has won back-to-back fights since suffering the lone loss of his career against Stefan Struve in September 2012.

The card will air on FOX Sports 1 and will take place at the Ginasio do Ibirapuera in Sao Paulo. The event will also feature the heavyweight and middleweight finals of The Ultimate Fighter Brazil 3.