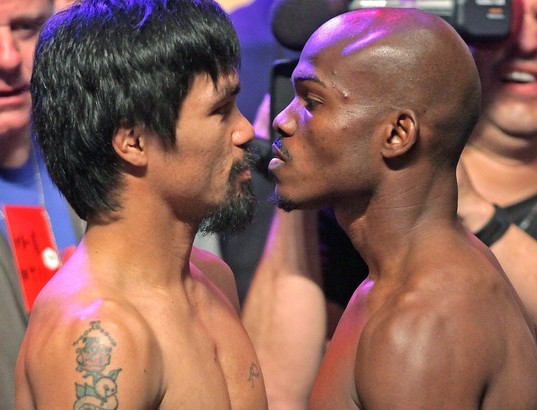 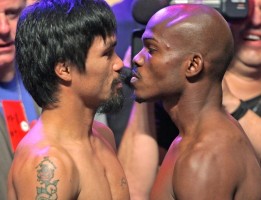 This Saturday night, April 12, Manny Pacquiao and Timothy Bradley, Jr. will collide for a second time. In their first match back in 2012, Bradley was awarded a highly controversial split decision victory for the WBO welterweight title and ended Pacquiao’s 15-fight winning streak.

Because of the controversy surrounding the first fight between Pacquiao and Bradley, and the fact that 99% of viewers thought Pacquiao won, Bradley is out to prove a point and get a decisive victory this time around.

The award winning HBO 24/7 series takes boxing fans behind the scenes and into the training camps of both fighters to hear their thoughts on the rematch and watch as they prepare for the April 12 showdown.