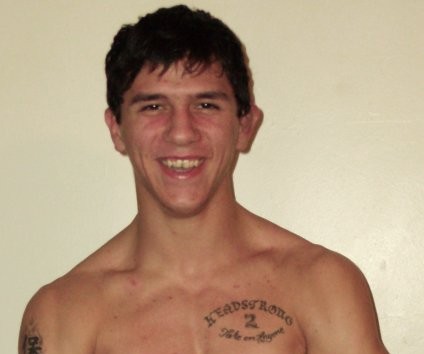 Missouri featherweight Alex “The Spartan” White will make his UFC debut on April 19 when he faces Estevan Payan at “UFC on Fox: Werdum vs. Browne” (UFC on Fox 11) at the Amway Center in Orlando, Fla. White vs. Payan will be part of the preliminary card which will air live on Fox Sports 1.

White (9-0) is replacing an injured Mike Brown, who himself was a replacement for Sean Soriano. Fortunately, White had been preparing for his second pro boxing match slated for May and was ready to accept the offer.

White only found out about this fight on April 2nd and thought it was an April Fool’s joke from his coach. It wasn’t. The Destruction MMA product is unbeaten in nine professional bouts, including eight stoppages.

The 27-year-old “Spartan” was last in action in January when he scored a first round submission win over Adam Rider in the main event at “Rumble Time Promotions: Rumble at the Chase” in St. Louis. White is also a Titan FC veteran, having stopped Roy Babcock via TKO last August.

Payan (14-5, 1 NC) was on a five-fight tear when he dropped a unanimous decision to Jeremy Stephens in his Octagon debut at UFC 160 in May of last year. Payan made his second UFC appearance this past December at UFC 168, but suffered a third round KO at the hands of Robbie Peralta.

On April 19, Estevan Payan will fighting for his job, while the newcomer Alex White will be looking to keep his unbeaten record in-tact and leave his mark on the UFC’s 145-pound division.

UFC on Fox 11 is headlined with a heavyweight top contenders bout between Fabricio Werdum and Travis Browne, while inn the co-headliner, Miesha Tate will face Liz Carmouche in women’s bantamweight action.
[ads1]
[ads2]