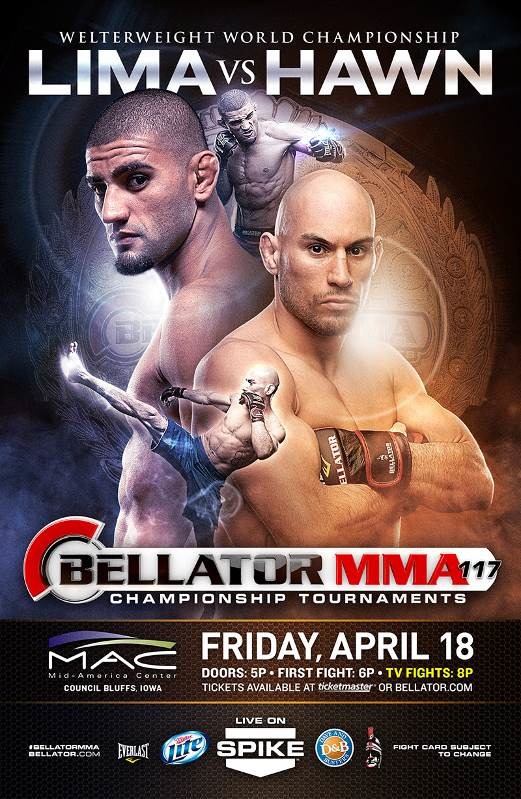 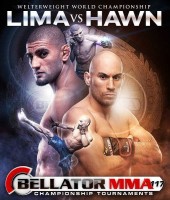 Douglas Lima and Rick Hawn will headline a packed night of fights from Iowa’s Mid-American Center on April 18th as the two clash in a Bellator Welterweight Title fight live on Spike TV. The event will also feature the Bellator Lightweight Semifinals with Brazilian knockout artist Patricky Pitbull facing Derek Campos and the undefeated Derek Anderson will fight polish phenom Marcin Held, along with a full card of local talent.

The event will broadcast live at 9 p.m. EST/ 8 p.m. CST on Spike TV. The preliminary card will be streamed live and free on Spike.com beginning at 7 p.m. EST/ 6 p.m. CST. Tickets for the event are on sale now and can be purchased at Ticketmaster.com, Bellator.com or by visiting the Mid-American Center Box Office.

Kicking off the Spike.com portion of the night will be a battle of Iowa natives as Joe Vedepo faces Ben Crowder. Both known for finishing fights quickly, Vedepo has won 12 of his 14 professional victories by KO or submission, but will have to hold off Crowder who has grabbed his last four wins by first round submission.

At 28-0 Julio Cesar Neves is making his Bellator debut against Josh Arocho. Known for his knockout power, Neves has won 17 victories by knockout with 11 coming in the first round and is looking for a KO in his fight against Arocho.

With only one professional loss, Jordan Parsons will fight Tim Bazer in a lightweight battle. Parsons enters the cage on a two-fight win streak and will need to get past Bazer who has recorded nine victories by submission.

After making his Bellator debut in September, Larue Burley returns to the Bellator cage to face Cliff Wright Jr. With all eight of his professional victorious coming by submission, Wright will look to his ground game to take down Burley who holds an undefeated professional record.

Looking to make his mark in the Bellator cage, Matt Uhde will fight Houston Alexander on April 18th. With 25 professional fights under his belt, Alexander has 10 wins by KO and will rely on his powerful punching to stop Uhde.

Returning to the cage after nearly two years, Martin Brown will meet Jared Downing under the bright lights. No stranger to the Bellator cage, Downing is ready to put his skills to the test against Brown who has won three of his previous four fights.

Combining for 78 professional fights, Victor Moreno will fight Anthony Smith in a middleweight battle. No stranger to MMA, Moreno has 27 wins by KO or submission and is ready to put on an explosive and exciting fight in front of his home state crowd.