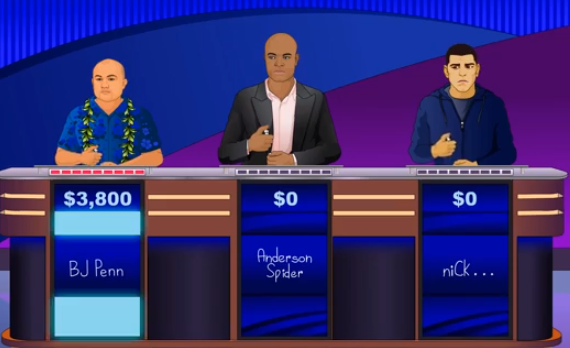 It’s normal. There’s a reason BJ Penn is called “The Prodigy” and it’s not just because he became the first non-Brazilian to win the black-belt division of the World Jiu-Jitsu Championship after just three years of training. He’s also an expert in MMA trivia as you will witness in this new UFC cartoon hot off the presses (there aren’t really any presses in video production). But if you insiders wondered where Pouya Rebek (a.k.a. that guy that did the fighter impersonations on The MMA Hour) went, well now you know. It pays to have a dream kids — and some talent. Oh, and Anderson Silva and Nick Diaz are on the Quiz Show too but they don’t fare so well.
[ads1]
[ads2]