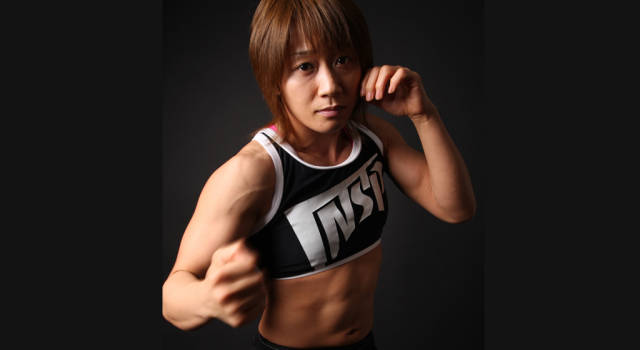 One of the pioneers and most highly regarded women in the sport of mixed martial arts has had her last fight. Megumi Fujii announced earlier this year that she was hanging it up after one more bout. That fight came last night at a Vale Tudo event in Japan where she met Jessica Aguilar for the second time.

Fujii and Aguilar had previously met at Bellator 69 last May. Aguilar edged the legend on the score cards in that engagement. In the rematch it would be an injury that put a cap on the night and a career.

The fight was going well with both women trading shots but two accidental eye pokes stopped the action. It was unsure if the attending doctor would let the fight go to the second round but action continued.

Fujii’s eye did not get any better. Nearly swollen shut, Fujii pressed on but Aguilar was picking her shots and landing solid punches. Between rounds two and three it was clear she would be unable to continue and the fight was stopped.

It was surely not the way Fujii wanted to go out but her career speaks for itself. She put together 19 submission wins and started her career with 22 straight victories. She was for a time considered the best pound for pound female fighter. Her other two losses came by decision in razor sharp fights.

Aguilar expressed disappointment in the way the fight turned out. She felt as if she didn’t deserve the win. Regardless, her winning streak is now at seven and she should remain atop the rankings at the 115 pound weight class. With no home so to speak, we will be anxiously awaiting her next fight announcement.