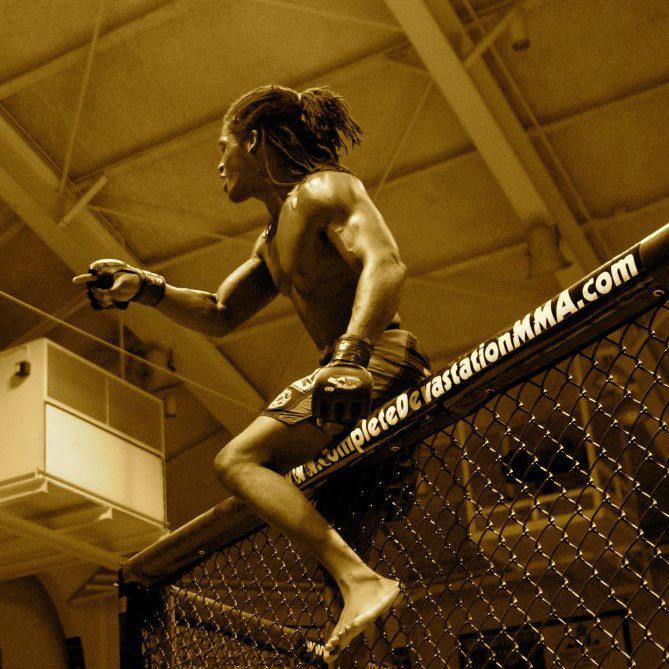 North Carolina standout featherweight D’Juan Owens (6-4) will be making his XFC (Xtreme Fighting Championship) debut at the XFC 22: “Crossing the Line” event that’s set for Feb. 22 in Charlotte, North Carolina. Owens will be taking on Nate Landwehr (2-0) on the main card and will be the first bout that airs LIVE on AXStv.

Owens is a military veteran (Marines), father, former bboy, and an avid chess player. “The D’Juan Owens Experiment” will be an ongoing weekly ProMMAnow.com blog series written by standout North Carolina featherweight D’Juan Owens as he prepares for his Feb. 22 fight at XFC 22: “Crossing the Line” in Charlotte, North Carolina. 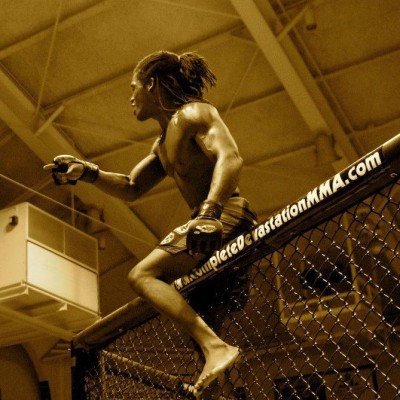 Fight week! I’ve been looking forward to this for so long it’s almost surreal that it’s finally here. My mind has been overwhelmed with the excitement and I guess the magnitude of this fight. Every fight is important but with the XFC’s media platform I’ll be able to do my thing on a much larger scale. This week I’ll spend most of my time drilling techniques and focusing on my weight. My mind runs through every way the fight can play out. I always see myself crushing him. I think of different ways to finish the fight from every position. I also think about escaping bad situations and coming back to get the finish. I’m exhausted with looking at his fights so I don’t watch them anymore at this point. I always hear fighters say “I don’t watch my opponents fights” or “I let my coaches do that”… and I think that’s crazy. I want to ask them are they some robot that’s remote-controlled by their coaches. To each his own though.

My coaches watch my opponents also and we get a general feel for how they fight. I’m not too heavy into game-planning, especially to the extent that I’ve seen out there. I guess I would say I have a general outline of how I want to fight depending on the opponent. Regardless of the opponent I want to keep the fight standing and throw tight, crisp combinations. If the fight touches the ground I want to cave them in with elbows, or if they’re slipping, I’ll submit them. I like to fight the way I want to see people fight and I’m definitely going to put on a show for my friends and family. This pre-fight hype or trash talk for this fight has been a little more than I’m used to. Apparently my opponent has a lot of detractors AND fans because of his interviews. I usually don’t pay too much attention to anything besides my opponents skill set, but I think I’ll enjoy this fight a little more than usual.

One of the things I love about fighting is seeing all of my family and friends there. Things are so fast-paced these days and everyone is so scattered, my fights give my family a reason to come together often. I feel as good as can be considering that I’m dieting right now. This may not be a big deal to some fighters but I’m from Pass Christian, Mississippi. Damn near everything we do is rejoiced or mourned through food. Someone gets married, have a cookout. Someone passes, we have a funeral, then what seems like a mournful cookout. Someone gets married, cookout etc. On Feb 22 I’m gonna get my dub on(W), get my grub on, then get my club on. Check me out at XFC 22 in Charlotte NC. My fight will air live at 9pm on AXS.tv! Much love, much respect and I’m gonna keep putting this work in so you can see me compete on the highest-level soon!

Thank you to my family at Triangle Jiu Jitsu for helping me reach this point. Thank you to everyone at the MMA Institute in Richmond VA, and specifically for this camp I want thank everyone at Westside MMA in Arkansas. Be on the look out for United Thai Boxing opening in Durham, NC! Shout out to Cageside MMA. Check them out for all your MMA gear and apparel at www.cagesidemma.com

“The D’Juan Owens Experiment” is part of our ongoing series of exclusive content written by individuals involved in the mixed martial arts industry. Be sure to check him out via his Facebook fan page and tune in to see him in action on Friday night at XFC 22. Stay tuned to PROMMA for more features like this, and be sure to like the PROMMA Facebook fan page as well.