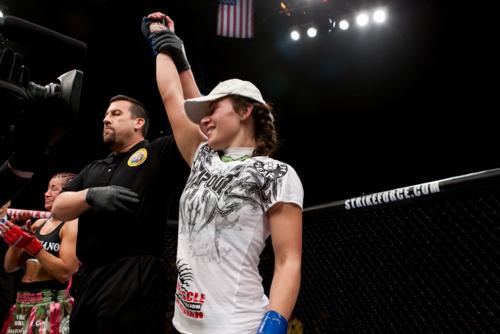 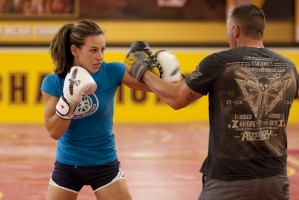 American fight fans realize there are a ton of reasons fights just do not happen. Sometimes a fighter may get injured. There have been incidents where fighters have been arrested. But what do you do when faced with a political reason for a fight not to occur?

Garry Cook, UFC VP in charge of operations in the UK and Europe, appeared to be faced with that decision and decided to choose to bow to politics in favor of furthering the sport in the nation of Sweden. Cat Zingano and Miesha Tate were set to face off on April 6th in the UFC on Fuel TV 9 co-main event. The fight has been removed from the card.

The markets in other countries are sometimes much different than in the United States. This seems to be the leading theory behind the pulling of the Tate-Zingano fight off the card. The Swedes just recently allowed MMA fights to take place in their nation and boxing was banned there until the 1970’s.

While the major MMA fights featuring male athletes have been fairly well received, and quite lucrative to boot, some have speculated the appearance of women on the fight card might cause some issues. There is no reason to fault the decision as the UFC must be aware of their markets just as any other business might.

Choosing to pay attention to the political landscape is not a coward’s decision and should not be looked at as just a choice for the UFC to protect their own profit margin. The decision also allows time to build up the market much more positively and helps to pave the road for more female fights in the future of the sport. After all, the media can be unforgiving.

While the fight will no longer be a co-main event for UFC on Fuel TV 9 fight fans who were looking forward to this match-up will be relieved to know the two combatants will now face off in Las Vegas, Nevada on April 13th as part of The Ultimate Fighter 17 Finale. Be sure to check back here at ProMMANow.com for more news and check out these lovely ladies as they prepare for a fight night sure to be remembered.