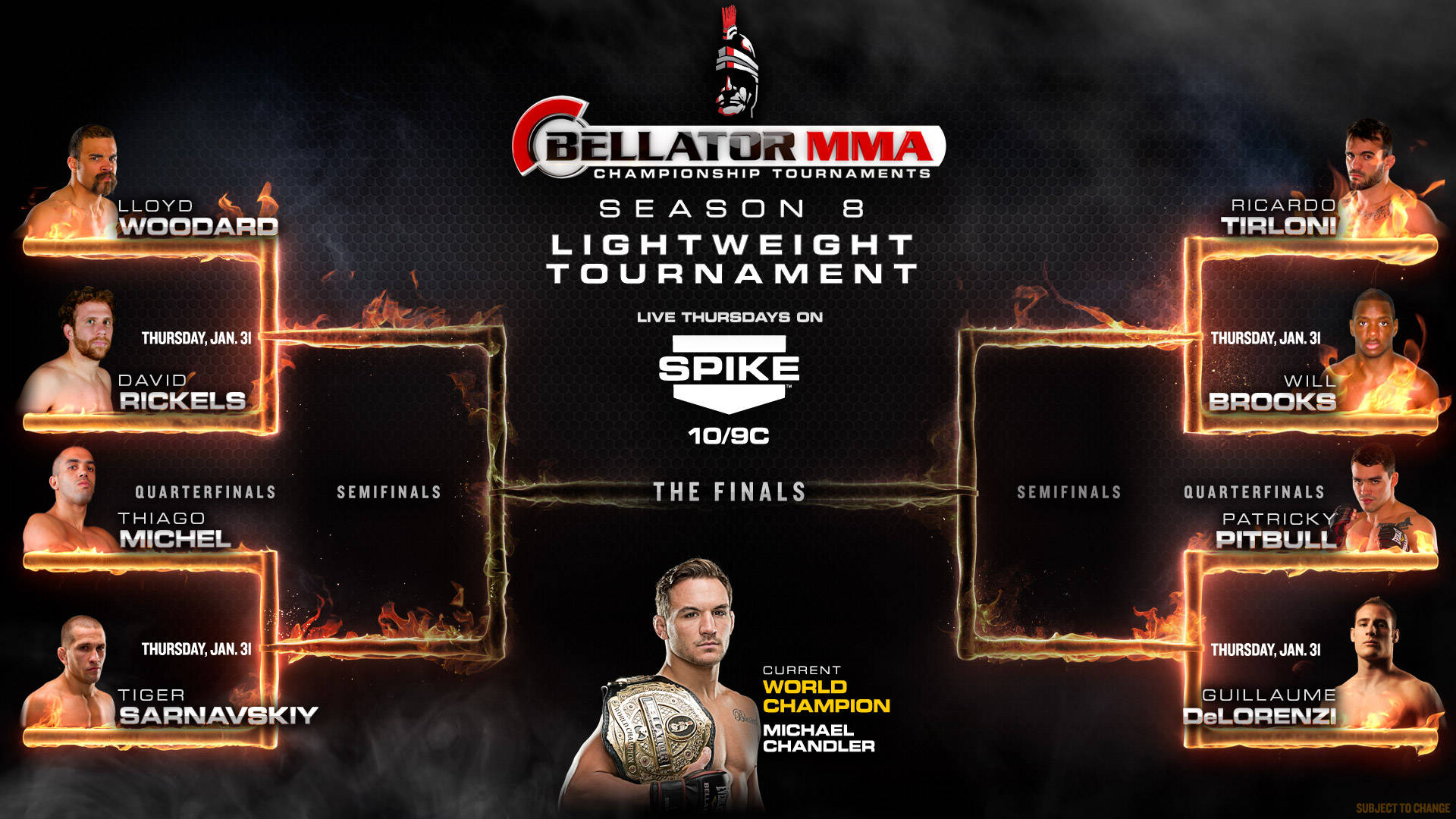 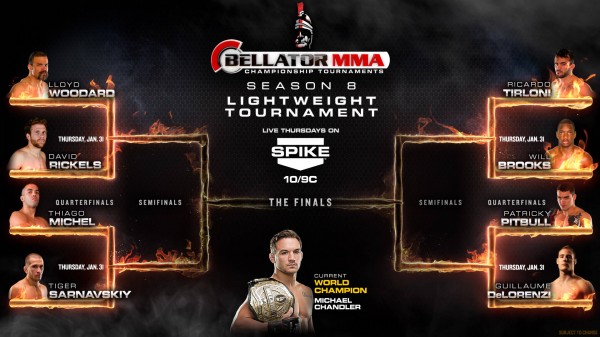 After a strong debut, the ratings dipped a little bit last week. However, there is no time to regroup, since Bellator’s eighth season continues Thursday night at the Soaring Eagle Casino in Mount Pleasant, Mich. As always, the main card will air live on Spike TV, while the undercard can be seen on Spike.com. Bellator 87 features the first round of the season-eighth lightweight tournament.

Eating Crow
In this section, The Guide looks back at all the faulty predictions made last week. What is not to like about a 5-1 performance last week? The only misstep was over estimating the striking skill of Jose Gomes after watching his decent first round against Erick Silva. It probably was not smart to pick someone based on their performance in a fight they actually lost, but oh well…. Live and learn. After two events, The Guide’s Bellator season 8 record stands at 8-3.

[Editor’s Note: Patricky Freire is out with a last-minute injury and is being replaced by Saad Awad]

Even with time to prepare Awad would struggle with a fighter like DeLorenzi. He was called up from the undercard less than 48 hours before fight time. The Canadian might struggle to get takedowns, but eventually he will drag this contest to the ground. Look for DeLorenzi to control the fight and do enough damage from the top to take a decision.

Lloyd Woodard vs. David Rickels
The only two fighters to defeat Woodard, Michael Chandler and Rick Hawn, both went on to win Bellator tournaments. Unlike those two, Rickels is a local-level fighter who fought his way to this spot by winning on Bellator undercards. Woodard will have a huge power advantage on the feet. Plus, he should be able to wrestle and keep this fight wherever he wants. Look for Woodard to dominate this fight and move on.

Thiago Michel vs. Alexander Sarnavskiy
This is easily the toughest fight on the card to predict. Sarnavskiy went into the last Bellator lightweight tournament as the first seeded fighter in the promotion’s history. Instead of wowing fans, he gave up an upset to Rich Clementi. The M-1 veteran was able to get back on track against former King of the Cage champion Tony Hervey.

In this fight, both fighters are mostly strikers. Sarnavskiy has made a living with solid defensive wrestling and kickboxing skill. However, that will not lead him to victory here. Michel may lose to lesser fighter, because he is simply not there on the ground, but he is a good enough striker to win here. Look for the Brazilian to win a back and forth battle on the feet.

Will Books vs. Ricardo Tirloni
It is easy to get caught up in the hype after watching Brooks absolutely dispose of former SRC champion Satoru Kitaoka on New Year’s Eve. In this case, it does not seem like there is anything wrong with believing the hype. A lot media members have already come out and said that Brooks should be the favorite in this tournament. Tirloni is a solid veteran, but he struggles when he is not able to catch an opponent with a choke early. That basically describes Kitaoka as well, and Brooks’ domination has already been mentioned. Look for Brooks to avoid submission attempts and do damage from the top en route to a decision victory.