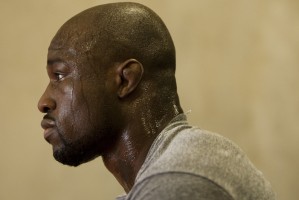 Bellator 90 will be held at the Maverick Center in West Valley City, Utah and broadcast live on Spike TV. The event will also feature Bellator’s long-awaited featherweight tournament finals with Utah’s own Rad Martinez taking on Shahbulat Shamhalaev for a $100,000 tournament prize and a guaranteed title shot.

King Mo is coming off a dynamic first round knockout of Przemyslaw Mysiala in his Bellator debut last week in the tournament quarterfinals, while Newton is coming off a second round submission win over Atanas Djambazov at Bellator 85 the week prior.

King Mo, having trained with Newton in the past, is well aware of the challenge before him. “I said it after my quarterfinal win, and I’ll say it again, I’m looking to smash this dude,” King Mo said. “Emanuel is a tough guy, but I know where my game is at, and if I focus on me, we won’t have any issues on February 21st. I’m always looking for that first round knockout, and that’s it.”

“This is my time. Everyone knows Mo and what he brings to the table, and he’s the guy I have to get through to get to my belt,” Newton said. “The belt is what I’m here for, and it doesn’t matter who is in my way to get there.”