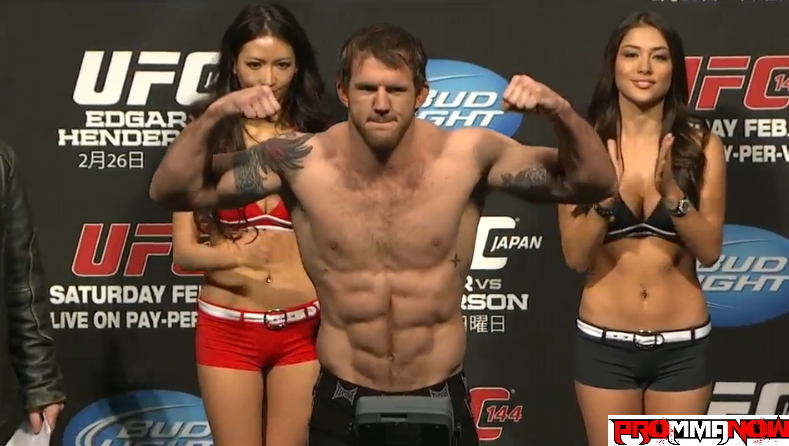 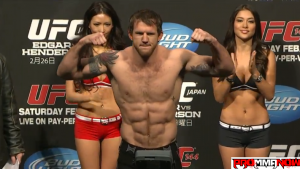 The UFC on FOX 6 event took place on Saturday night at the United Center in Chicago. It was a great night of MMA action, but there were five distinct moments from the event that really stuck out. Check them out below:

Moment #1: UFC heavyweight Shawn Jordan realizing that Mike Russow was gassed, and turning up the offensive output to finish him in the second round

Mike Russow was fighting in his hometown with lots of family and friends watching, and he came out and really starting beating the brakes off Jordan in the first round. He landed a lead right hand after lead right hand, but could never really put Jordan in any serious trouble despite blooding up his face. However, Jordan seemed to sense that Russow was tiring and started to turn the tide near the end of the first round with an onslaught of his own. Once the bell rang to start the second round, it was clear that Russow was fading fast and Jordan put him away with some serious head strikes from back mount. It was a solid win for Jordan after laying an egg and admittedly ‘choking’ in his last outing against Cheick Kongo.

The TJ Grant/Matt Wiman fight was pretty even until Grant landed a short elbow in the clinch position that made Matt Wiman do the stanky leg dance. Once that elbow landed it was pretty much the beginning of the end for Wiman. Grant used a series of short elbows in the standing position to drop Wiman and put him away in devastating fashion. Grant mentioned that he would like to fight Jim Miller in his next outing, and I would gladly watch that fight.

Lamas was the slight underdog going into the fight, but I don’t know why when Koch hadn’t fought in over a year. Also, Lamas had just beaten two credible featherweights in Hioki and Swanson. Lamas had been trying to get Koch to the ground, but Koch was doing a great job defending the takedowns. Ironically, it was a slip by Lamas that ultimately allowed him to get Koch on the ground and implement his patented ground and pound attack. Lamas landed a huge elbow that caused Koch eyes to roll back, and once Lamas saw that he unleashed a barrage of elbows that busted up Koch’s face pretty bad and put an end to the contest. Lamas will likely face the winner of the Aldo/Edgar fight that will take place on Saturday at UFC 156.

Moment #5: Anthony Pettis crushing Donald Cerrone’s liver with a kick to the body

The Pettis/Cerrone fight didn’t last long, but Pettis set the tone for things to come when he landed a flush counter right hand second into the fight. Cerrone could never get it going, and Pettis kept the pressure on and even landed a “Showtime Knee” off the cage. A body shot appeared to hurt Cerrone, but Pettis didn’t pounce and stayed patient until he delivered a crushing kick to the body that caused Cerrone to fold like a wet t-shirt. It was the first time Cerrone had been stopped via TKO in his MMA career. Pettis will fight the winner of the Ben Henderson vs. Gilbert Melendez fight sometime this summer.