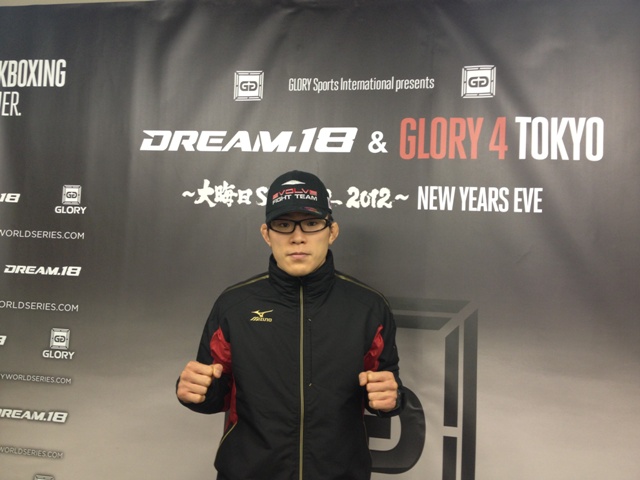 Here is what GLORY CEO, Marcus Luer had to say:

“Shinya Aoki is already a legend in mixed martial arts. His jiu jitsu and judo skills are just incredible and we are delighted to have him on the card for DREAM 18. The Saitama Super Arena is his home and the greatest matches of his career have been fought there. We expect another epic encounter on New Year’s Eve when he faces UFC veteran Antonio McKee,”

Shinya Aoki last fought at “ONE FC: Rise of the Kings” in October, where he scored a first round submission victory over Arnaud Lepont. Prior to that he dropped a first round TKO loss to Eddie Alvarez at Bellator 66 in April, which snapped a seven fight winning streak.

Antonio McKee is currently riding a three fight winning streak, most recently defeating Chad Dietmeyer via unanimous decision at EFWC 2 in March. Prior to that he picked up a unanimous decision victory over Brian Cobb at MFC 32 in January, and a first round submission win over Jai Bradney at CFC 18 in August 2011.

Bibiano Fernandes is on a four fight winning streak, most recently defeating Gustavo Falciroli via unanimous decision at “ONE FC: Pride of a Nation” in August. Prior to that he scored a first round TKO victory over Antonio Banuelos at the “Fight For Japan: Genki Desu Ka Omisoka 2011” event in December 2011.

“With Melvin Manhoef and Denis Kang, we have a fight where the fans cannot afford to blink – there is so much power and skill in that fight that it is very, very unlikely to go the distance. And the fight between Bibiano Fernandes and Yoshiro Maeda will be a whirlwind, technical master class. Fernandes is one of the world’s top ten bantamweights while Maeda is as tough as they come. All the DREAM 18 fights are absolutely world class and we are very excited about them.” – Marcus Luer

Melvin Manhoef is currently riding a two fight winning streak, most recently defeating Ryo Kawamura via first round KO at “ONE FC: Rise of the Kings” in October. Prior to that he scored a decision win over Jae Young Kim at Road FC 9 in September.

Denis Kang last fought at Road FC 8 in June, where he picked up a first round KO victory over Hae Suk Son. That win snapped a three fight losing streak he had been on during 2011.

The ‘GSI presents DREAM 18 and GLORY 4 Tokyo – New Year’s Eve Special’ event will commence at 4 p.m. JST with the DREAM 18 card and continue with the GLORY 4 Tokyo – Heavyweight Grand Slam, a one-night, 16-man, single-elimination tournament. The winner of the heavyweight tournament will take home a Grand Prize of $400,000, and a total of $600,000 in prize money will be awarded to tournament participants.

Stay close to ProMMANow (www.prommanow.com) for all the latest DREAM and GLORY news.