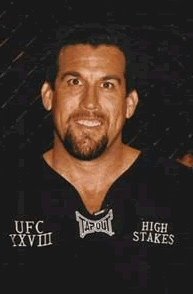 Must Go Mobile (MGM) announced that the company, along with Big John McCarthy, will partner with Pacific X-Treme Combat (PXC) to launch Big John’s MMA Fight Club app in Guam and the Philippines. McCarthy will also serve as referee at the PXC-34  event on November 17 in the Philippines.

The app will allow fans to predict the outcome of fights under the UFC, Strikeforce, Invicta FC, Bellator, and PXC fight promotions. Fans earn virtual dollars that can be used toward the purchase of Big John MMA gear, and there will be prizes awarded, through monthly contests and sweepstakes, to the member base. The app is available to iPhone, iPad, iTouch Mobile, Droid and Web users.

The app also provides exclusive commentary along with a new guest celebrity fighter each month. App users can test their knowledge against each other and the guest host. The first guest host will be none other than former UFC champion Bas Rutten for the months of November and December.

Featherweight, Dustin Kimura and Bantamweight, Russell Doane, will match up with veteran Shooto fighter, Guy Delumeau, and undefeated Michinori Tanaka, respectively, in front of thousands at Araneta Coliseum in Manila, Philippines. PXC-34 will be broadcast live nation-wide in the Philippines and will stream free online for fans around the world via Sherdog. In the Philippines, PXC receives almost 500,000 viewers per event on free-to-air television nation-wide.

“We are extremely excited to be able to bring Big John’s app to Guam and the Philippines and with two PXC fighters being signed to the UFC in the last three months, this partnership seemed like a natural progression,” said Edward J. Calvo, CEO of PXC. “We look forward to a long and prosperous relationship together.”

The cost of the app is $1.99 and users can also enter to win a trip to the fights and meet Big John. More details can be found at www.MMAFightClubApp.com