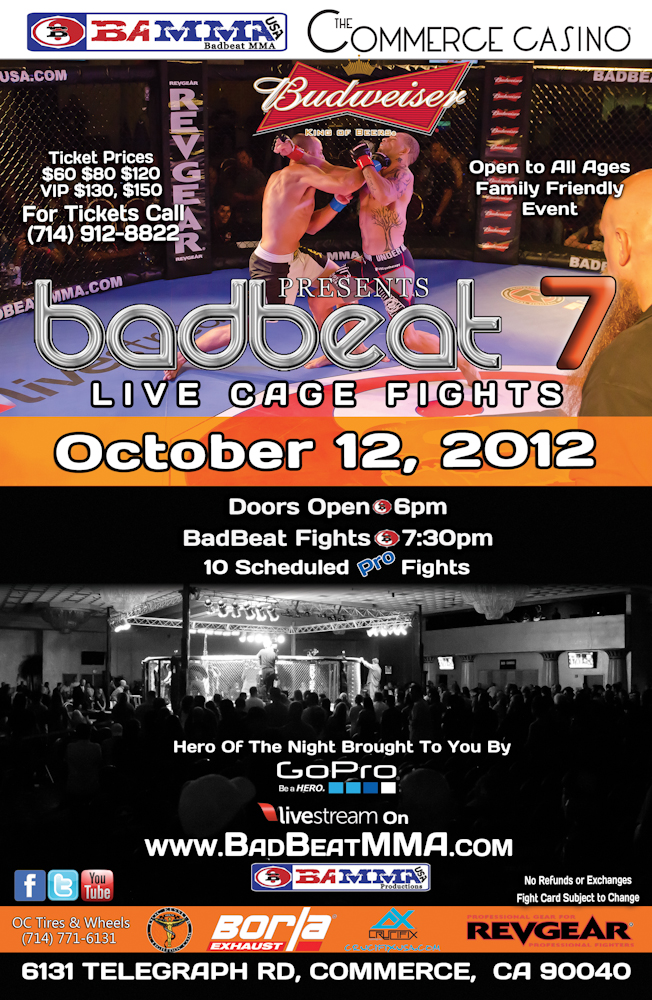 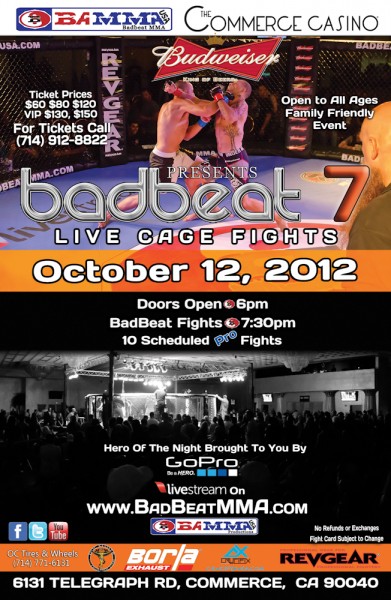 BAMMA USA has announced the 14 fights for their upcoming Badbeat 7 event. The headline bout will feature a light-heavyweight battle between Virgil ‘Rezdog’ Zwicker (10-3) and Mike ‘The Animal’ Cook (12-10). The event is set to take place at the World Famous Commerce Casino in Commerce, CA, on Oct. 12.

The fights were announced by BAMMA USA officials via official press release.

Badbeat 7 will feature a co-main event between Chris Beal and Shad Smith, who will engage in a bantamweight showdown. The event will air LIVE on the Internet via Livestream’s upgraded platform New Livestream. Tickets are available now for purchase by visiting www.bammausa.com.

Virgil Zwicker last fought at the “Strikeforce: Barnett vs. Cormier” event in May, where he dropped a unanimous decision to Carlos Augusto Filho. Prior to that he scored a first round TKO victory over Brett Albee at the “Strikeforce: Diaz vs. Daley” event in April 2011, and suffered a first round knockout against Lavar Johnson at Strikeforce Challengers 11. Zwicker now has the chance to get back into the win column with a good performance against Cook.

Mike Cook was last in action at “KOTC – Breaking Point” in August, where he was defeated via first round TKO by Trevor Prangley. Prior to that he picked up a first round submission victory over Owen Rubio at TWC 13 in January, and suffered a second round TKO loss against Lorenz Larkin at the “MEZ Sports – Pandemonium 4” event in February 2011. Cook will no doubt look to bounce back from his recent loss with a big win over Zwicker.