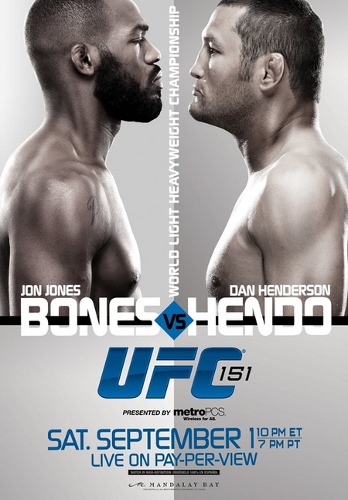 With the UFC light heavyweight title on the line on Sept. 1 at UFC 151 in Las Vegas, UFC President Dana White hosted a media conference call today with headliners Jon Jones, the current champion, and Dan Henderson, his challenger.

Questions were raised about Henderson’s age and how his cardio would hold up over five rounds. He also discussed his training and who he brought in to help him mimic the long reach of the champion.

Jones discussed his recent DUI arrest and how he has been dealing with the situation. He talked about his new sponsorship with Nike and also responded to comments from Henderson he felt were disrespectful.

You can listen to Jones and Henderson discuss these topics and much more in this full audio clip of the UFC 151 media conference call (download also available):