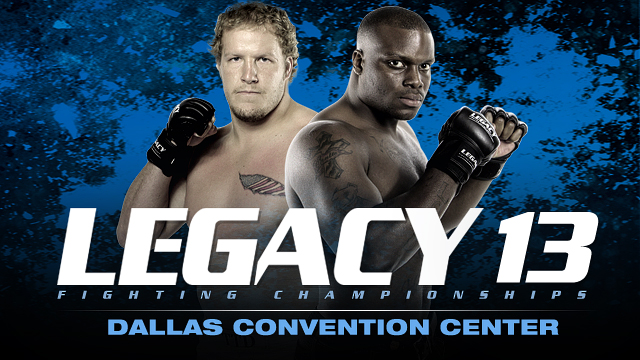 Round 1 – Benoit eats a shot but counters with an overhand right, now a body kick. Clinched against the cage. Villareal looks for the takedown, no dice. Body kick from Benoit, leg kick, Superman punch followed by a big left hook hurts Villareal, he goes down and Benoit swarms. Villareal no longer defending himself as he is on his knees face down taking shots to the side of the head. The ref saves him. Benoit improves to 5-1.

Round 1 – Touch gloves. Leg kick from Charles. He catches a kick after eating a couple punches, shoots, Brewer sprawls. Charles pulls guard and throws up an armbar. Brewer taps out fairly quick with little resistance. Brewer loses his first fight. Charles improves to 5-4.

Round 1 – Peterson comes out with a flying front kick that misses. Body kick from Peterson, leg kick, Hobar catches the leg and puts Peterson on his back. Peterson throws up his legs looking for an arm. Big right hand from Hobar. Peterson goes for a leg, eats some hammerfists. Hobar holds a leg, tries to pass to side control. Can’t get it, stands back up, kicks the legs. Tries again, can’t get it, stands up, kicks Peterson, now lays inside his guard. Closed guard from Peterson. KInd of a stale mate at the moment. Elbows from Peterson off his back. Two minutes to go. Hobar not doing anything. Finally lands an elbow. High guard from Peterson. Hobar postures up with a couple punches. He stands up, kicks Hobar’s legs. Peterson gets to his feet. They square up. Hobar throws a punch at the same time as Peterson and a right hook from Hobar catches Peterson’s arm at a weird angle and pops his elbow out of socket. Peterson falls to the ground and wrangles in pain. Peterson is awarded the victory and Hobar falls to 5-1 with his first defeat.

The crowd boos Peterson as he imitates a crying baby, obviously poking fun at Hobar for not being able to continue and being in pain.

Round 1 – A little delay before the fight as officials get their stuff together. No glove touch. Bell scores first with punches, backs Robinson to the cage. Robinson with a body lock. Bell with knees to the body. Robinson puts Bell on his back, on top in half guard but Bell uses pure muscle to reverse and put Robinson on his back. Bell stands up, dives in, caught in a triangle, he slams Robinson. Lets him up. Bell scores with a big punch. Robinson goes to his knees and Bell jumps on his back. Scramble and Robinson has his back now, standing. One hook in. Ref wants action. Knee from Robinson. Clinch, Bell muscles him to the ground, lands on top inside full guard. Bell dives with a punch, misses. Stands up and lets Robinson up. They swing, clinch, Bell pushes him to the cage. Knee to the thigh from Bell. They struggle in the clinch, Bell drops levels. Picks Robinson up for the slam but Robinson locks on a choke and Bell lets him down on his feet. Robinson goes for a kimura as it goes to the ground. Bell inside full guard but Robinson has his left arm. Only 10 seconds left. Bell clinches his hands and defends the kimura. Close fight. PMN scores the round 10-9 for Bell.

Round 2 -They trade shots, Robinson shoots, stuffed. Bell puts Robinson down but he gets right up. Bell drops levels again. Robinson gives him some punches and elbows as he defends the takedown. Robinson puts Bell on his back and has full mount. Bell gives up his back, Robinson has both hooks in. Goes for the choke, Bell defends. Bell gets to his butt but Robinson goes for the choke, flattens Bell out now. Landing punches to the side of the head, they roll. Bell defending well so far. Body triangle now from Robinson. Ref wants work but they are working. Body shots from Robinson as he is still searching for that choke. Bell defending very well. He lets go the body triangle, now just has both hooks in. Ten seconds left. PMN scores the round 10-9 for Robinson.

Round 3 – Bell with a straight left, then scores with three more punches. He picks Robinson up high but lets him down easy on his back. Bell on top inside full guard. Robinson already looking for a kimura. Ref wants action. Bell in half guard now. Robinson trying to make something happen. Bell stands up over Robinson. Robinson makes his way up but Bell still holding him looking for the takedown. Robinson gets underhooks and pushes Bell to the cage, muscles him to the ground, gets full mount. Bell gives up his back. Robinson flattens him out, fully mounted from the back. Robinson locks on the body triangle as they roll. Bell defends the submission as time runs out. Both guys raise their hands. PMN scores the round 10-9 and the fight 29-28 for Robinson.

Round 1 – Touch gloves. Tickle goes to his back after clashing kicks. He reverses and puts Frey on his back. Tickle now on top in half guard. Couple elbows and big punches from Tickle and Frey’s head bounces off the cage a few times. The punches get harder and the ref has seen enough and stops it. Frey immediately jumps up and yells at the referee, clearly unhappy with the stoppage. Tickle is part of Marc Fiore’s team. He says he’s on his way to the UFC.

Round 1 – Cutts holds a decision win over Reagan Penn. Spencer rushes to the center. They exchange punches and Spencer shoots. Elbow from Spencer, clinched against the cage. Short uppercut rocks Cutts. Short left from Cutts but he eats a left hook. Cutts shoots in desperation, gets Spencer’s back with a body lock triangle, they roll and Spencer is looking for the choke. Cutts with some punches trying to soften Spencer up. Two minutes to go in the round. Cutts with some elbows to the body and Spencer with elbows to the thigh of Cutts. Cutts with more elbows to the ribs. Spencer escapes and pours on the heat with big punches before the bell sounds. PMN scores the round 10-9 for Cutts.

Round 2 – Spencer with a big right. Another right. Another right. Cutts shoots, stuffed. He eats a couple shots. Right counter from Spencer, body shot. Spencer with a hook that knocks Cutts’ mouthpiece out. Spencer fires off some big shots and Cutts is rocked. He tries to come back, shoots for a single, gets Spencer to his knees and now jumps on his back with both hooks in. Cutts with a body triangle now looking for the choke. Cutts can’t get under the chin but keeps looking for the neck crank. Under a minute to go. Cutts goes for an armbar. Spencer escapes and goes for the kill with big punches. Cutts gets to his feet but his back is to the cage and Spencer lights him up. PMN scores the round 10-9 for Spencer.

Round 1 – Rosholt is still undefeated at 4-0. Lewis has the height advantage and has a NASTY staredown. VIOLENCE. Leg kick, high kick from Lewis and Roshold puts him on his back. Rosholt in side control, knee to the ribs. Took Rosholt exactly 14 seconds to get the takedown. Body shots from Rosholt. Lewis gets to his knees, trying to get up, Rosholt hanging onto his waist drags him back down. Rosholt goes for a north-south choke and Lewis looks completely out of his element here. Lewis escapes, gets to his feet. Lewis tries to plant for a punch but Rosholt shoots, double legs Lewis and puts him flat on his back. Big elbow from Rosholt. Body punches. This is for the heavyweight title, five rounds. Hopefully it won’t be five rounds of this. Rosholt looks for an Americana. Lewis escapes, scrambles and Rosholt is back on top in side control. Ref wants action. Lewis gets to his feet, gets tripped up and goes back down before the bell. PMN scores the round 10-9 for Rosholt.

Round 2 – They clinch up and Rosholt puts Lewis back to the ground. Rosholt controlling from top position, locks on an arm triangle but lets it go. Knees to the body from side control from Rosholt. Ref wants action. Lewis explodes to his feet. He lands an uppercut and a couple big punches. Just misses a head kick and Rosholt desperately gets him back to the ground and on his back. Rosholt in side control. Ref stands them up. Big knee from Lewis. Uppercut and knee from Rosholt, another uppercut. Lewis with a right hand and big hammerfists as Rosholt goes for the shot. He stands Rosholt up with a big right hand, he’s rocked, and Lewis puts the kabosh on him with a couple more big punches and Rosholt is down and out. Wow! Great comeback from Lewis. Lewis landed three big rights and a left hand to Rosholt!  Awesomeness! And you know the fans are happy because no one wants to see five rounds of lay and pray. Lewis has a great story. Was a big underdog coming in. Spent three years in prison at one point in his life and turned it around. Lewis hurt his leg in the fight too and was still able to get it done. He can’t even stand up by himself right now.