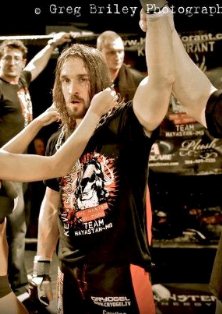 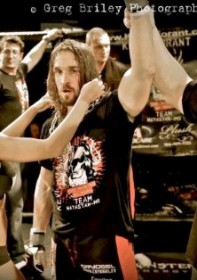 North Carolina lightweight Kevin Forant knows all about hard work. After starting his amateur career with a respectable record of (4-2), Forant went on to rattle off six straight wins finishing all of those opponents and avenging one of those defeats for an amateur record of (10-2, 1 NC).

Forant made his professional debut last September winning via TKO in the second round. He was able to pick up his second professional win in January. He’ll be taking on Joe Elmore (6-4) at XFC 19  on August 3rd at the Grady Cole Center in Charlotte, NC. Forant spoke with ProMMAnow.com’s Kelvin Hunt about the upcoming bout with Elmore and why he thinks he’ll come out on top against the MMA veteran.

PMN-The last time we spoke you were training primarily with Hayastan-IMB and Dyme Boxing..and you mentioned heading out to train with some guys in Tenn. Have you pretty much kept everything the same or have you done some things different for this camp?

KF-Preparation for this fight has taken place solely at Hayastan-IMB and Dyme Boxing. We have a fantastic camp at Hayastan, a very diverse group of training partners that helps sharpen all aspects of my game. The coaching staff is 2nd to none in the Charlotte area. Paul Booe is not only a great striking and grappling coach but its the way he bridges the gap of the two that sets him apart from the rest.  In addition to the awesome group of guys we have Keith Richardson of Team Modern Warrior brings a group of guys up several times a week for sparring.

PMN-Cool. I know Keith Richardson will be on the card as well. You’re fighting Joe Elmore who has some respectable wins on his resume while having a big edge in professional experience over you. Some people think his edge in experience could be the difference in the fight. What’s your take on that and what do you think of Elmore as an opponent?

KF-It appears Joe has a big edge in experience. If you include our amateur fights, he is fighting for the 21st time and I am fighting for the 16th time. The way I see it is we are both bringing loads of experience  to the cage Aug 3. Joe has fought and beaten some very talented guys and is certainly an opponent that needs to be taken seriously.

PMN-Both of you guys have similar fight styles, where in this fight do you think you could potentially have the advantage?

KF–We are both very tough, hard-nosed fighters who like to stand and trade. We both like to bring it from the start of the fight. I think what separates me is the pace I am able to maintain. Adam Zart my strength and conditioning coach at Hayastan-IMB has got me on another level of conditioning. Joe has clearly shown signs of conditioning issues in past fights and I plan to exploit that on Aug 3.

PMN-This fight will mark your XFC debut. Give us your thoughts on fighting for a promotion like XFC in your hometown?

KF-I am very honored to fight for such a highly respected promotion such as the XFC. Its very exciting from them to come to the place I now call home in Charlotte, NC. I have an amazing fan base here in Charlotte. It will be an amazing atmosphere at the Grady Cole Center on Aug 3.

PMN-You’re (2-0) as a pro with both wins via stoppage and you finished your final six opponents via stoppage as an amateur. Elmore has been finished three times in his pro career. What are the percentages of you finishing Joe Elmore on August 3rd?

KF–I have a slick submission game, I have powerful strikes, cardio that last for days, and I set a pace few can maintain. There is no way this fight goes the distance.

PMN- We look forward to an exciting fight. Do you have anyone in particular or sponsors that you’d like to thank?

KF-I have to thank God. MMA is a game of highs and lows, the day to day can be grueling. I lean on prayer for strength and guidance. My mother and father for building me to the man I am today. I couldn’t do what I do without their building blocks. My wife is the most understanding and supportive person there is. My wife’s family for all of their support. All of my coaches and training partners, particularly Paul Booe and James Presley. Harley Davidson of Charlotte and Freedom Fighter’s Battle Forged Gear for joining the team of support. Poole’s Restoration and Reconstruction, Nikki’s Tattoo and Carolina Bail Bonds all have been there from the very start. Nation’s Family Chiropractic Maximized Living for all of their help and Plush Salon takes care of me and my family’s hair needs. Cryogel/Vitaminerals, Inc. and AdvocareDriven.com for the best vitamins and supplements available. K & T Construction, and any one who has supported me by buying a T-shirt or a ticket to a fight. Find me on Facebook, like my page Kevin “The Master of Cool” Forant, follow me on twitter @KevinForant.

Be sure to make ProMMAnow (www.prommanow.com) your home for XFC 19 coverage on Friday, August 3rd, as we’ll be on the scene providing LIVE coverage of the event. You can connect with us on Twitter and Facebook. Also, don’t forget about the Pro MMA Now Android App (it’s FREE) to get your news on your Android mobile.