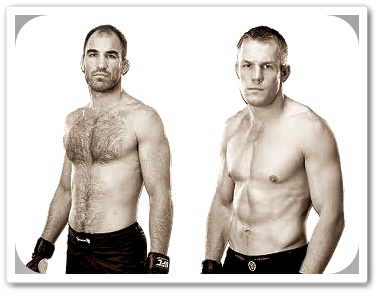 The UFC 149 main card will feature a welterweight fight between MMA veterans Brian Ebersole and James Head on Saturday night. This is an important fight for Ebersole as a win here will probably net him a top ten opponent in his next matchup. Let’s see how this one breaks down.

Brian Ebersole (50-14-1, 1NC) comes into this fight off  the unanimous decision win over TJ Waldburger last month. Ebersole has won 11 consecutive fights dating back to 2008 with 14 wins via TKO/KO and 20 wins via submission. Interestingly enough, he has lost via submission nine times and never been finished via TKO/KO. Ebersole is a fighter that has good size, is durable, and likes to have grueling fights and break his opponents down.

James Head (8-2) comes into this fight off a submission win over Papy Abedi in April. It was a nice rebound win after losing his UFC debut against Nick Ring. Head has won four fights via TKO/KO and three fights via submission. He showed a good chin in his last bout and also exhibited some of the same traits that Ebersole has in that he likes to push the pace and break his opponents down. The obvious disadvantage for Head going into this fight is the gap in experience between him and Ebersole. Also, Ebersole has fought stiffer competition in my opinion.

Besides the experience factor, these two fighters are similar on paper in that they are the same height and have the same length, etc. The difference in this fight will probably be the wrestling and clinch work of Ebersole as Head has had suspect takedown defense in the past. Ebersole has been the more accurate striker and historically takes less punishement than head while having very good takedown defense.

Ebersole will probably look to close the distance against Head and force him to work from the clinch which is taxing on the body and will get him close enough to take Head down if needed. Head does have some muay thai striking in his arsenal, but Ebersole has great chin and good clinch work. If the fights goes to the ground Head is versed in submissions, but Ebersole has faced higher caliber jiu-jitsu players on the ground as of late and fared well against them.

I think the fight will start out even, but Ebersole will gradually break Head down and submit him or finish him via TKO in the second round.