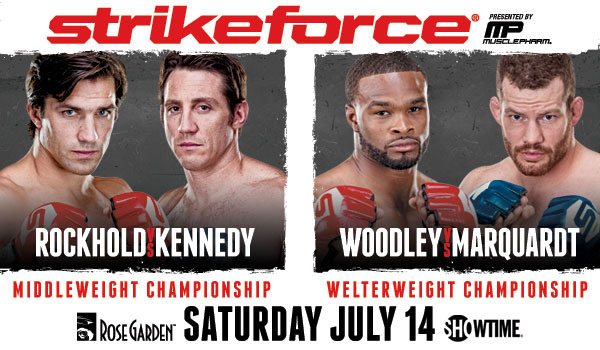 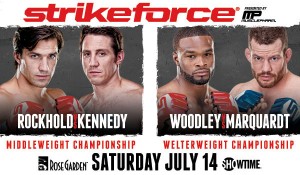 Strikeforce: Rockhold vs. Kennedy, which is headlined by the Strikeforce middleweight championship bout between Luke Rockhold and Tim Kennedy, and the Strikeforce welterweight championship bout between Tyron Woodley and Nate Marquardt, airs on Showtime from the Rose Garden Arena in Portland, Oregon at 10 p.m. ET / PT. Fans can also tune in to Showtime Extreme at 8 p.m. ET / PT to see prelim bouts.

Be sure to tune into ProMMAnow (www.prommanow.com) for the LIVE play by play and full results on Saturday night.