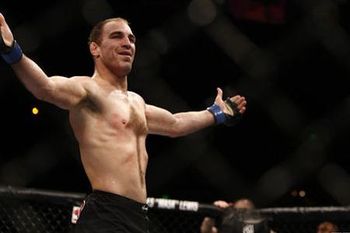 The injury bug has struck the UFC 149 card once again. Claude Patrick has withdrawn from the bout due to an injury, and Brian Ebersole has agreed to step in on short notice to take on James Head according to the UFC website.

Brian Ebersole (50-14-1, 1NC) comes into this fight off a unanimous decision win over TJ Waldburger just a few days ago. It was his 50th win overall and fourth win in the UFC. Ebersole earned a split decision win over Patrick at UFC 140.

James Head (8-2) comes into this fight off a submission win over Papy Abedi in April. It was a nice rebound win for Head after losing his UFC debut at UFC 131. Head is (3-2) dating back to 2009 with a notable win over UFC veteran Gerald Harris, and a loss to TUF alum Jesse Forbes.