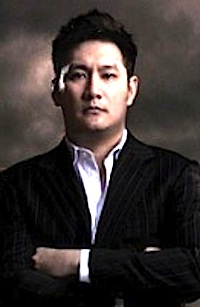 If you don’t know who Chatri Sityodtong is by now, you should go shoot yourself (okay, just kidding! Google him alright? Just Google him). Chatri Sityodtong is the founder and chairman of Asia’s no.1 MMA gym, Evolve Mixed Martial Arts. He’s also a shrewd businessman and one of the most powerful men in Asian MMA. On top all of that he’s got pretty good skin too. Seriously, this dude’s pretty damn amazing.

Anyway, Chatri was in attendance at the ONE Asia MMA Summit this weekend in Singapore representing his Evolve MMA gym and the Evolve Fight Team. Chatri had a pretty big role in the summit, as well being one of the keynote speakers alongside other power players such as Bubbles Aguilar (URCC), Moon Hong Jung (ROAD FC) and Luke Pezzuti (CFC).

We managed to catch up with Chatri after the seminar to find out what his thoughts were on the event, the ONE FC Network, the future of Asian MMA and why MMA will one day be bigger than football.

First and foremost, thanks for granting us this interview, it’s been awhile.

It’s always a pleasure, Wesley! Thank you for having me again.

Could you tell us your first impression of the ONE FC Network idea when Victor first spoke to you about it and asked you to have Evolve be a part of it?

We’ve just come to the end of the first ever ONE Asia MMA Summit which saw more than 150 of the greatest minds from the most relevant companies in Asian MMA gather for one common goal, that being, the success of Asian MMA. What are your overall opinions of the Summit and do you feel that it met its objectives?

All I can is wow! The ONE Asia MMA Summit blew away all of our expectations. Congratulations to Victor on throwing a fantastic and productive event. It was incredible to have 150 of the most influential people in Asian MMA in one room together. I met a lot of great people and I learned a lot in the process too. The information sharing was better than I had expected. It was a great networking event and we all walked away better for it. Victor has done a great job in unifying Asian MMA. Together, we will grow the sport that we love. Victor told me that he’s already planning a second summit for later this year. The momentum in Asian MMA is tremendous and all of its leaders are working in unison under the ONE FC Network. Big things are happening!

You played quite an important role in the Summit being one of the keynote speakers in it. You seemed very confident in your prediction that MMA will be a multi-billion dollar industry in Asia. What in your opinion will make it successful and would you be as confident if the ONE FC Network never existed?

If we all work together with ONE Fighting Championship, I think it is just a matter of time for Asian MMA to become a multi-billion dollar industry. The penetration of MMA in Asia is less than one percent and the population is 3.9 billion people. Asia has been the home of martial arts for the last 5,000 years. I truly believe the adoption curve will be a lot steeper in Asia. And ONE Fighting Championship has unified most of Asia under its umbrella with the ONE FC Network. Equally important, ONE Fighting Championship has a 10 year broadcast deal with ESPN StarSports and has started to broadcast to 28 countries to a potential 500 million viewers. Media, capital and unity of all the key power brokers in Asian MMA will only result in tremendous growth.

You ended your speech by saying that MMA will be bigger than football/soccer in the future. It’s a very bold statement made against what currently is the biggest sport in the world. What about MMA gives you the confidence that it does have the potential to be bigger than soccer?

As I said in my speech, most sports have a very hard time crossing geographic boundaries due to socio-economic and cultural barriers. For example, cricket is a multi-billion dollar industry in India, but it has zero chance of success in the U.S. Or take the NFL (American Football) in the US, it is a huge multi-billion dollar industry in the U.S., but has failed to export beyond the U.S. Fighting is very different. It is a simple and easy-to-understand sport with very simple rules. Every human being on the planet is hard-coded genetically to have a “fight-or-flight” instinct. It’s the reason why every 8-year-old kid in every country in the world knows what it is like to get into a playground tussle. It is also the same reason why 2,500 years ago during the Greek and Roman Empires, the most popular sport was gladiator vs. gladiator fighting to the death in huge coliseums with thousands of people. At the end of the day, it doesn’t matter what country you are from or how rich or poor you are. Millions will watch their national hero fight against another country’s national hero. It’s in our DNA. And it’s definitely in the DNA of Asians. We already have movie heroes like Bruce Lee, Jackie Chan and Jet Li. The future of MMA is now.

When Eddie Goldman from NHB News asked you about journalists who badmouth organizations or fighters, it seemed to light your fire. Is there anything we should know about?

From my understanding, UFC has had a lifetime ban on Eddie Goldman for over a decade now. I have no idea what happened between the UFC and Eddie Goldman, but I share Dana White’s philosophy. I will always put my best foot forward first and try my best to be helpful to everyone. I believe in win-win situations and I believe in kindness. However, if you want to pick a fight with me or any of my friends, I have no issues with hunting you down and destroying your life. I’m from Thailand and I don’t mess around. I have a strong preference for peace with everyone and I genuinely believe in doing good in this world. As a Thai, I believe in karma. People who do good shall receive good in return. And people who do bad shall receive bad in return. However, let me be very clear, I have very little tolerance for negative people who start hatred or try to pick fights. I hate journalists who stir up crap to create controversy. Privately, Victor has already asked all 150+ members of the ONE FC Network to work in unison to grow the sport of MMA. We will work in unison to help our friends and to destroy our enemies. I will never start a fight with anyone, but I am happy to end a fight.

Let’s talk about Evolve MMA. How has things changed for you and Evolve MMA after being associated with the ONE FC Network? Has being affiliated with The Network opened new doors for Evolve MMA?

Without a doubt, ONE FC has been huge for Evolve MMA as it has been for every MMA gym in the ONE FC Network. The media and PR coverage has been tremendous whenever the Evolve Fight Team competes. And it helps to see our brand in 28 countries in Asia on ESPN StarSports. The ONE FC Network has also opened up a lot of opportunities for our fighters to compete all over Asia. We’ve even started getting sponsorship requests as a result of our exposure on ONE Fighting Championship. I don’t think our experience is any different from all the other MMA gyms that have been featured in ONE FC.

How has the association with the ONE FC Network helped your Evolve fighters in terms of opportunities, exposure and even perhaps sponsorship?

Again, it has been huge. I’m in the middle of negotiating a few sponsorship deals for the Evolve Fight Team. Our fighters have more opportunities to fight all over Asia and the brand exposure has been tremendous. It’s a big win-win to be a part of the ONE FC Network.

What did you take from the ONE Asia MMA Summit that you found most valuable to you, both as an individual and as the owner of Asia’s no.1 MMA gym?

My biggest take away is that there is real unity among the 150+ members of the ONE FC Network. All the promotions, gyms, managers, sponsors/advertisers, MMA reporters, etc., we are all prepared to work hard together for ONE Fighting Championship. We are all eager to work together to grow the sport of MMA in Asia. It’s an incredible feeling to see such unity and strength. There is strength in numbers. For me personally, it is nice to know that I have 150 friends that I can now call for help. And they can call me for help anytime too. For all of us, it is really a privilege and honor to be a part of the ONE FC Network. The benefits for each of us are only beginning.

Now that the first ever ONE Asia MMA Summit is over and ONE FC seems to be on its way right to the top, what’s your opinion of the ONE FC Network now as compared to when you were first approached by Victor to join it?

As I said before, the ONE FC Network is the single most powerful force in Asian MMA. It is very simple. If you are a part of it, you will ride the tremendous growth wave alongside ONE FC. If you are not part of it, you will get run over. One hundred-and-fifty of the most influential and powerful people; promoters, gym owners, fight managers, sponsors/advertisers, media companies, MMA reporters, etc., have joined hands. It’s a powerful group of people working in unison. And the ONE FC Network is expanding every week. There is strength in numbers.

Do you have any advice for new gyms/ sponsors/ promotions that might be approached by ONE FC in the future to join The Network?

According to Victor, there is a huge waiting list for the ONE FC Network already. From my understanding, people are clamoring to join the ONE FC Network. I mean, you saw the ONE Asia MMA Summit. The response was nuts. I think over 500 people wanted to join the summit, but Victor kept it at 150 in order to make it productive. He mentioned to me that the next summit later this year will have a capacity for 500 people.

Thank you so much for your time Chatri. See you in Kuala Lumpur for “ONE FC: Destiny of Warriors”.

Thank you for having me again! Best wishes to you guys.