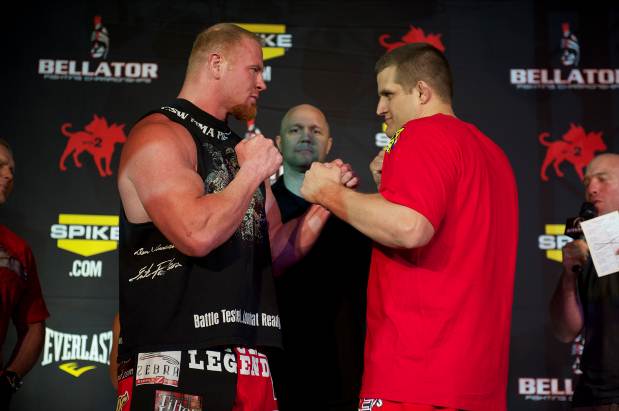 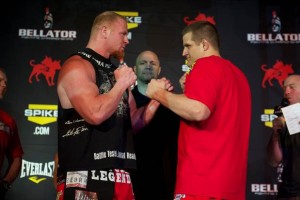 He will now advance to face Bellator Lightweight Champion Michael Chandler later this year. Hawn had this to say on his victory and thoughts of facing Chandler:

“Chandler, I know you’re watching at home, I’m coming for you.”

Also, Bellator Heavyweight Champion Cole Konrad (9-0) easily defeated Eric Prindle (7-2) via submission early in the first round. It was his first title defense since defeating Neil Grove at Bellator 32. Konrad secured an early takedown seconds into the fight while locking up a kimura forcing Prindle to forced to call it a night. Konrad’s thoughts on his performance:

“I think I have a pretty solid base with my wrestling,” said Konrad. “I’ve got to keep improving on my standup, my submission, and my wrestling, too.”

Luis Nogueira (14-2) was able to take out Hiroshi Nakamura (15-6-4) via TKO in the third round to advance Bellator Season Six Bantamweight Tournament final where Marcos Galvao awaits to decide the tournament winner. The first round was fairly close but Nogueira was able to find his rhythm in the second round and began to pour it on with Nakamura fight gamely. However, Nogueira was able to connect with a strike in the third that put Nakamura down with Nogueira firing off a series of punches that put him away.

The final main card bout featured MMA veteran Rich Clementi (43-21-1) taking out newcomer Derek Campos (9-3) with a first round. Clementi locked in a guillotine choke during a scramble which forced Campos to call it a night at 4:18 of the opening round.

Clementi’s thoughts on the win:

“As a competitor, the valleys are what makes me strong,” said Clementi. “I’m at my peak right now, I’m coming back, and ‘No Love’ is back.”