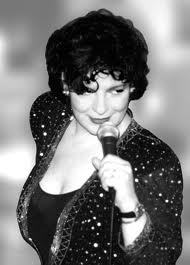 ONE Fighting Championship has announced the signing of the “Crazy PRIDE Lady” Lenne Hardt to a global exclusive multi-year contract as an announcer. Now for those of you who grew up on the UFC and have never watched a PRIDE FC fight in your life, here’s a little background to Lenne Hardt.

Hardt entered into a career as an English-language announcer for mixed martial arts events in 2000 at PRIDE’s first Grand Prix. PRIDE officials needed an announcer fluent in English and Japanese. Although she had no experience with the sport, her agent contacted her about the job and she took it simply because it fit into her schedule.

Hardt became a self-described fan of the sport and continued as the English announcer for PRIDE until its final event. When the former staff of PRIDE created DREAM, Hardt was carried over as well, continuing her duties at DREAM just as she had in PRIDE. Hardt’s energetic style, which usually includes high-pitched screeching and long alveolar trills, has earned her notoriety within the promotion.

Fans have dubbed her “Crazy PRIDE Lady” and many fighters admit to getting “pumped up” by her introductions. She uses singing techniques to minimize damage to her throat.

She is a huge part of PRIDE and needless to say, this signing of Lenne Hardt to ONE Fighting Championship is sure to get the attention of fans of PRIDE FC! Fans of the “screaming PRIDE Lady” can follow Ms. Hardt on Twitter @LenneHardt.